The life of our sangha was rich and deep during 2018. Amongst retreats, classes, dharma talks, conferences and gatherings small and large, the BZC community showed up in diverse and engaged ways within the walls of our beloved practice space in Brooklyn and out in the world. This selection of images is not intended as a complete representation of the life of our sangha during the past year, but it’s rather a glimpse into the richness of BZC’s practice and commitment. Many other events and practice manifestations unfolded during the past year and are not included here, but all will continue to ripple into 2019. May we continue to practice together in this way in the years ahead!

Zen Priest Ordination at BZC
On March 18, the BZC sangha gathered for a very special and joyous occasion: the priest vow-taking ceremony of Inzan Rose. More images of this memorable ceremony are available here. All pictures by Terence Caulkins. 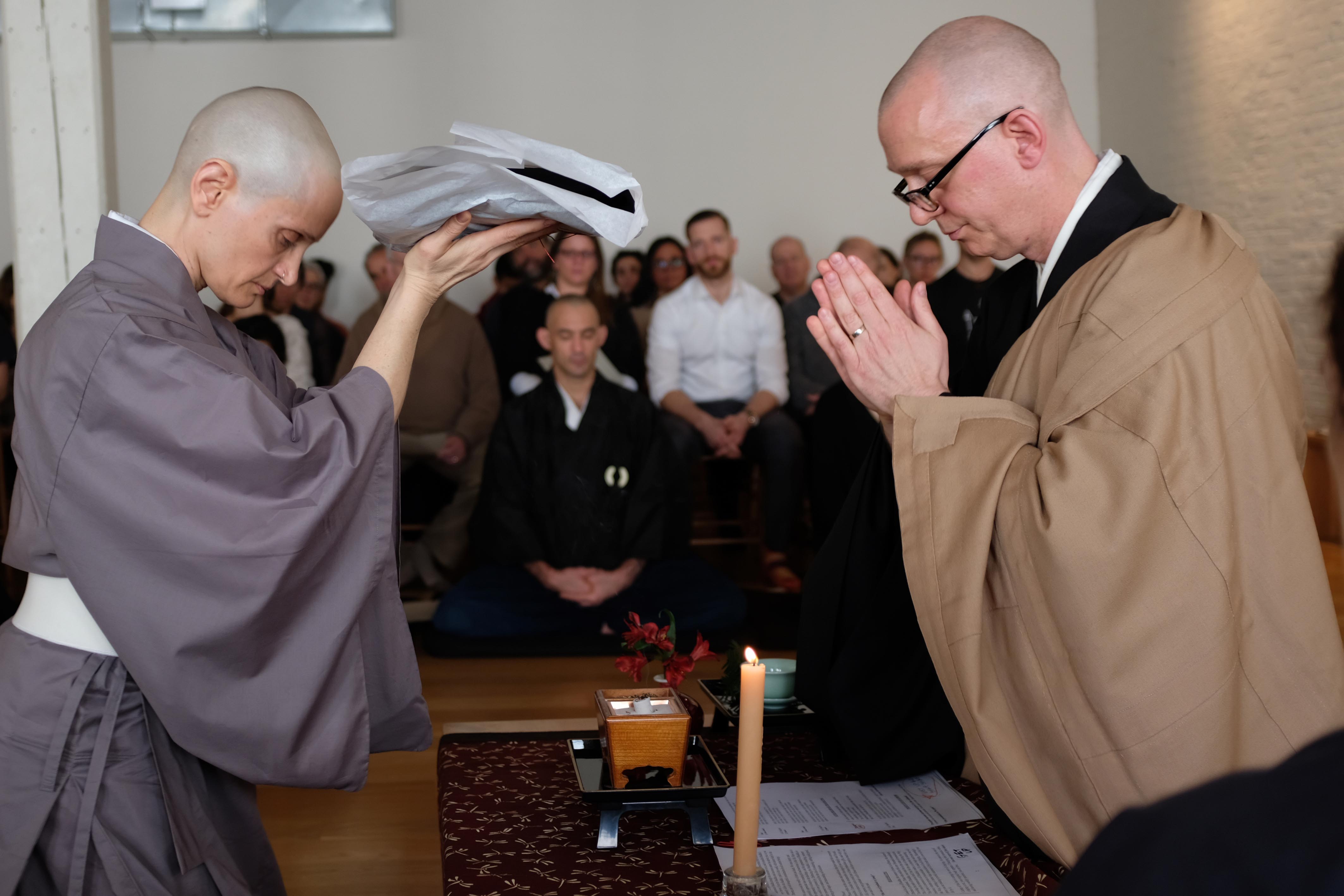 Awake Youth Project
Awake Youth Project (AYP) is a secular program that brings mindfulness and meditation to underserved high schools throughout Brooklyn. In 2018, a new group of teens joined the AYP Internship Program at BZC, in which participants met twice a week to explore contemplative practices through mindfulness, meditation, group dialogue, journal reflection, mindful cooking classes, visual art, dance, mindful movement, and site visits. In this image, taken in May, the group got together for a rose water workshop. It was a lot of fun! 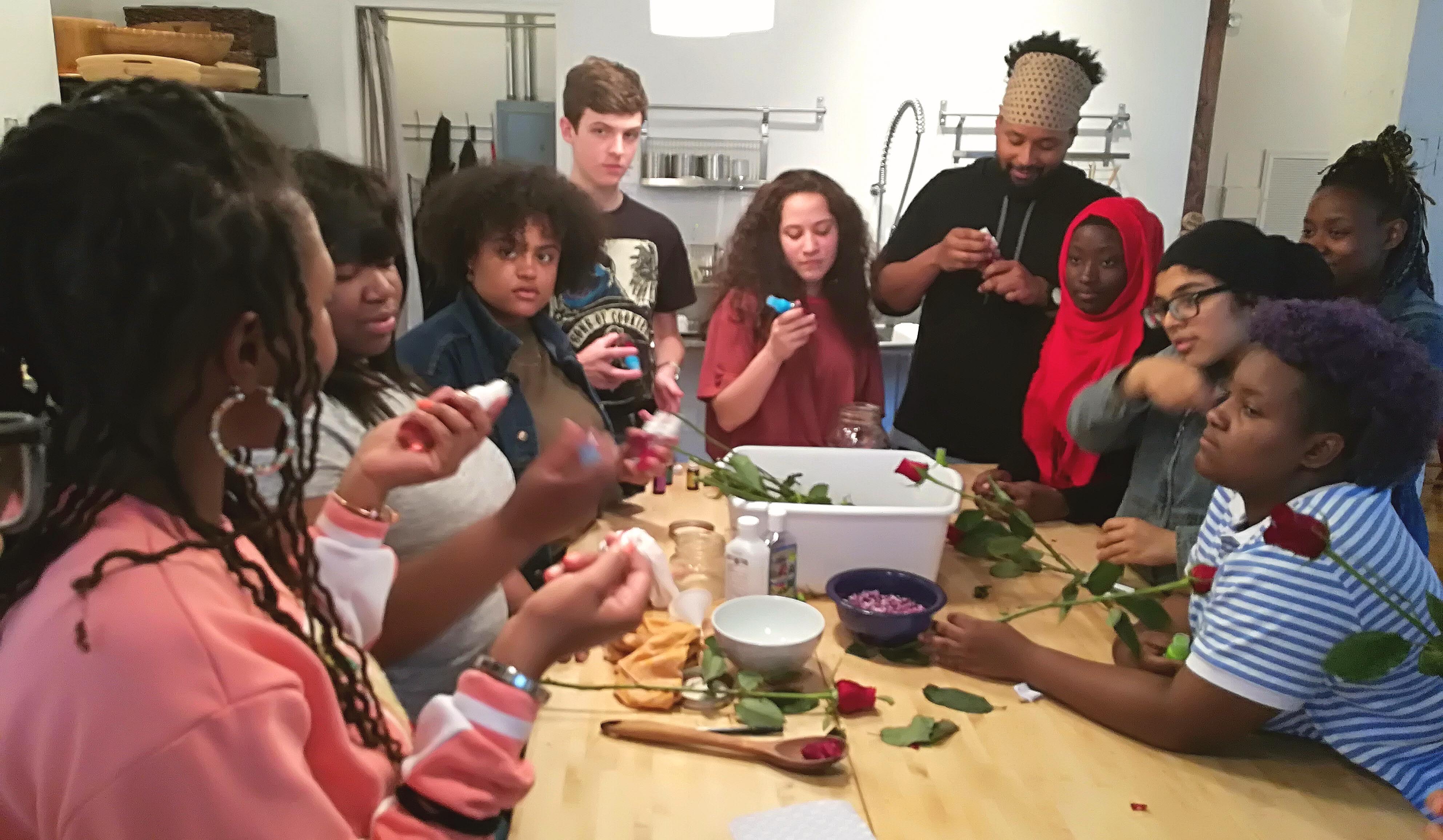 Less Guns, More Love
BZC joined other Buddhist sanghas and the huge crowds at the March For Our Lives in New York on March 24. More images are available here. 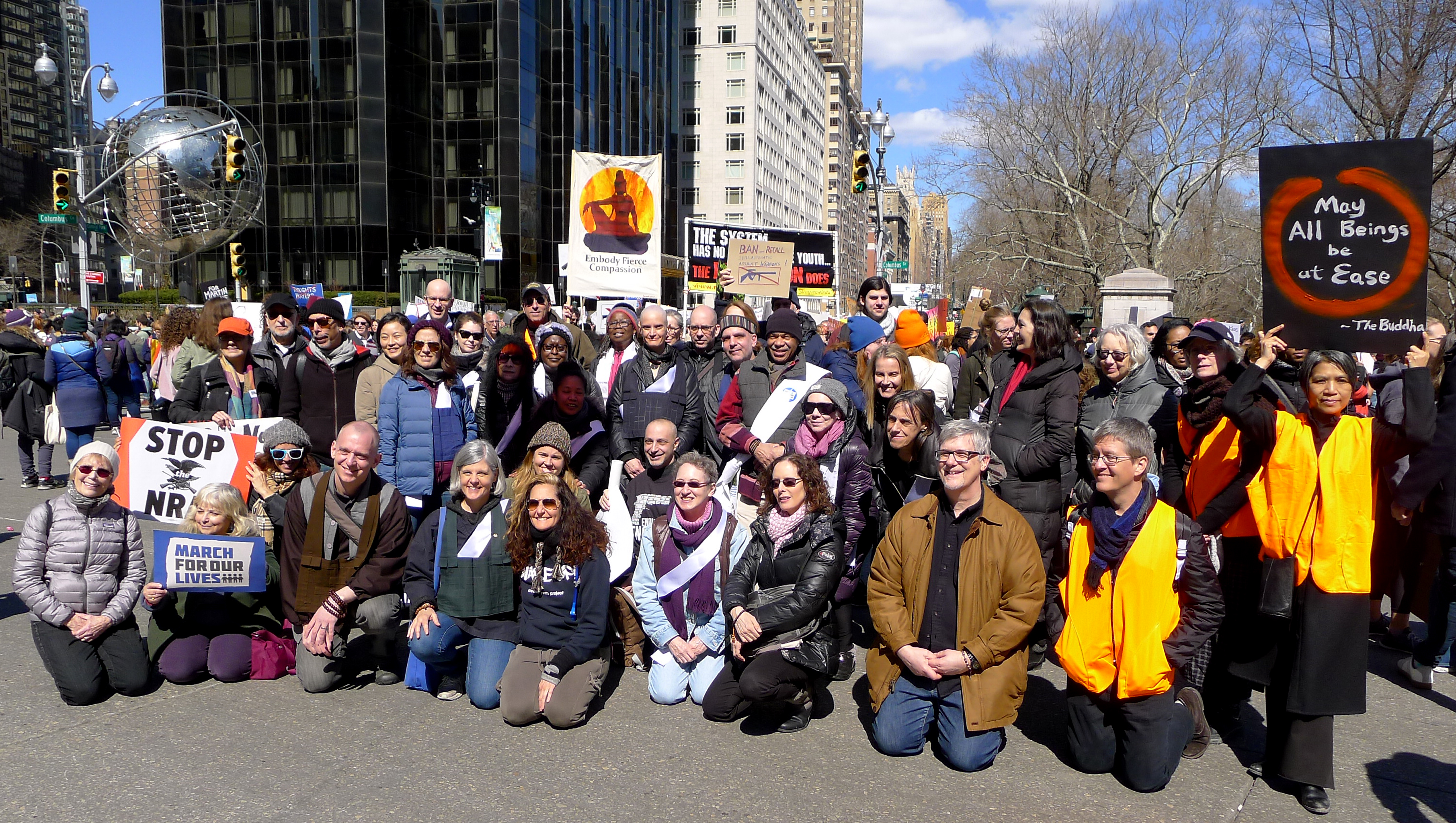 Accessibility at BZC
The BZC Accessibility Committee was created in the spring of 2017 by sangha members Victory Matsui and Jacob Slominski, in response to their desire to allow those with mental and physical disabilities to fully access BZC and its offerings. Inspired by the sense of agency and joy that clearing a path for others can bring, Victory and Jacob continued this work with the sangha into 2018, gathering suggestions from the community with the Accessibility Box in the entryway, and deepening their understanding of ableism and disability studies. We look forward to continuing to make the Brooklyn Zen Center a diverse, inclusive place where all who wish to can practice in community. 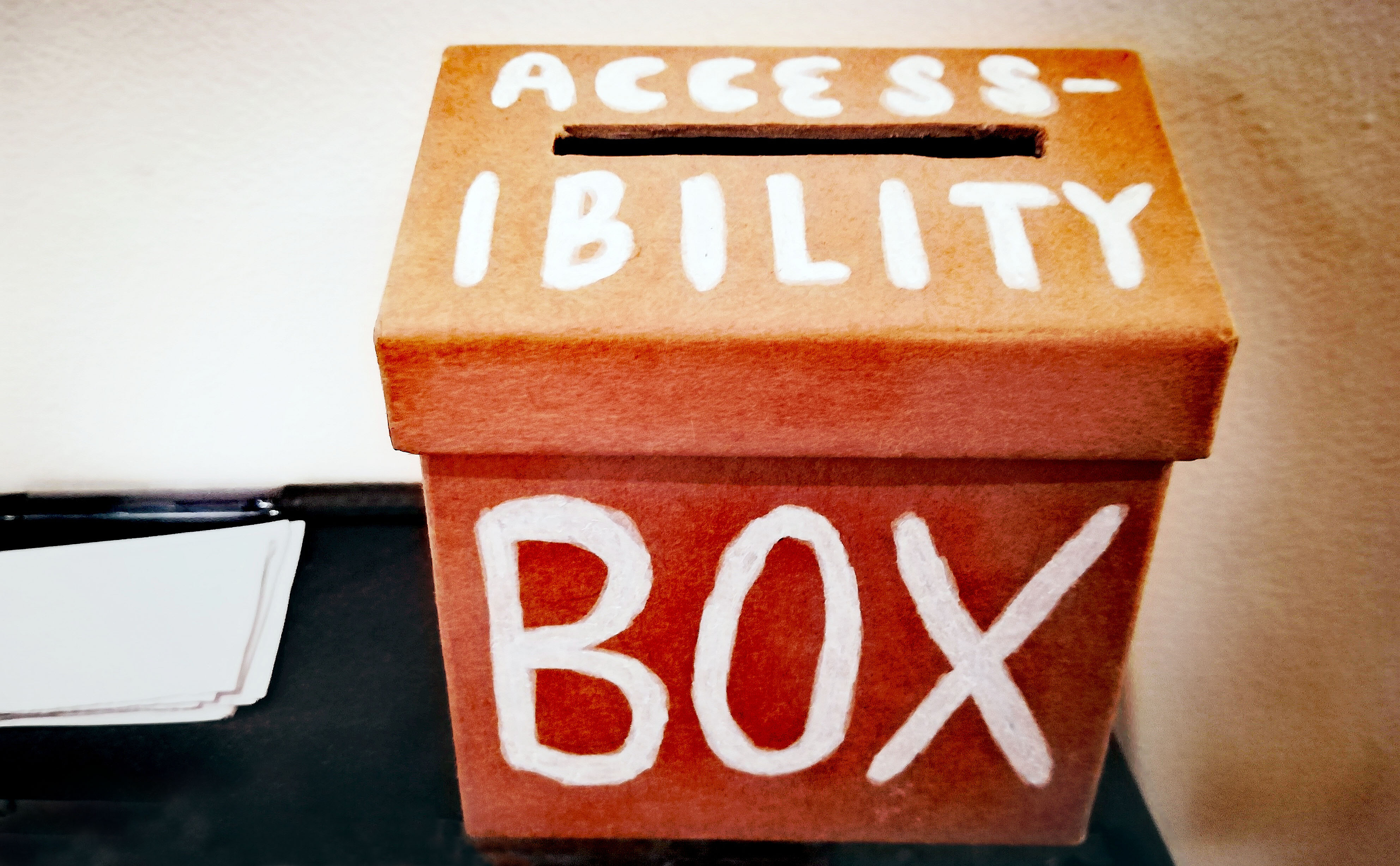 The BZC kitchen got a new oven!
TA-DAAAA! In just 11 days, we reached our fundraising goal to purchase a much-needed new oven for the BZC kitchen. The old oven had been given to BZC as a donation years ago and was no longer operational. The new oven allows us to continue to provide meals during meditation retreats, Saturday community lunches and to support kitchen practice for years to come. It’s now standing bright and shinning and it’s a testament to the BZC sangha power! 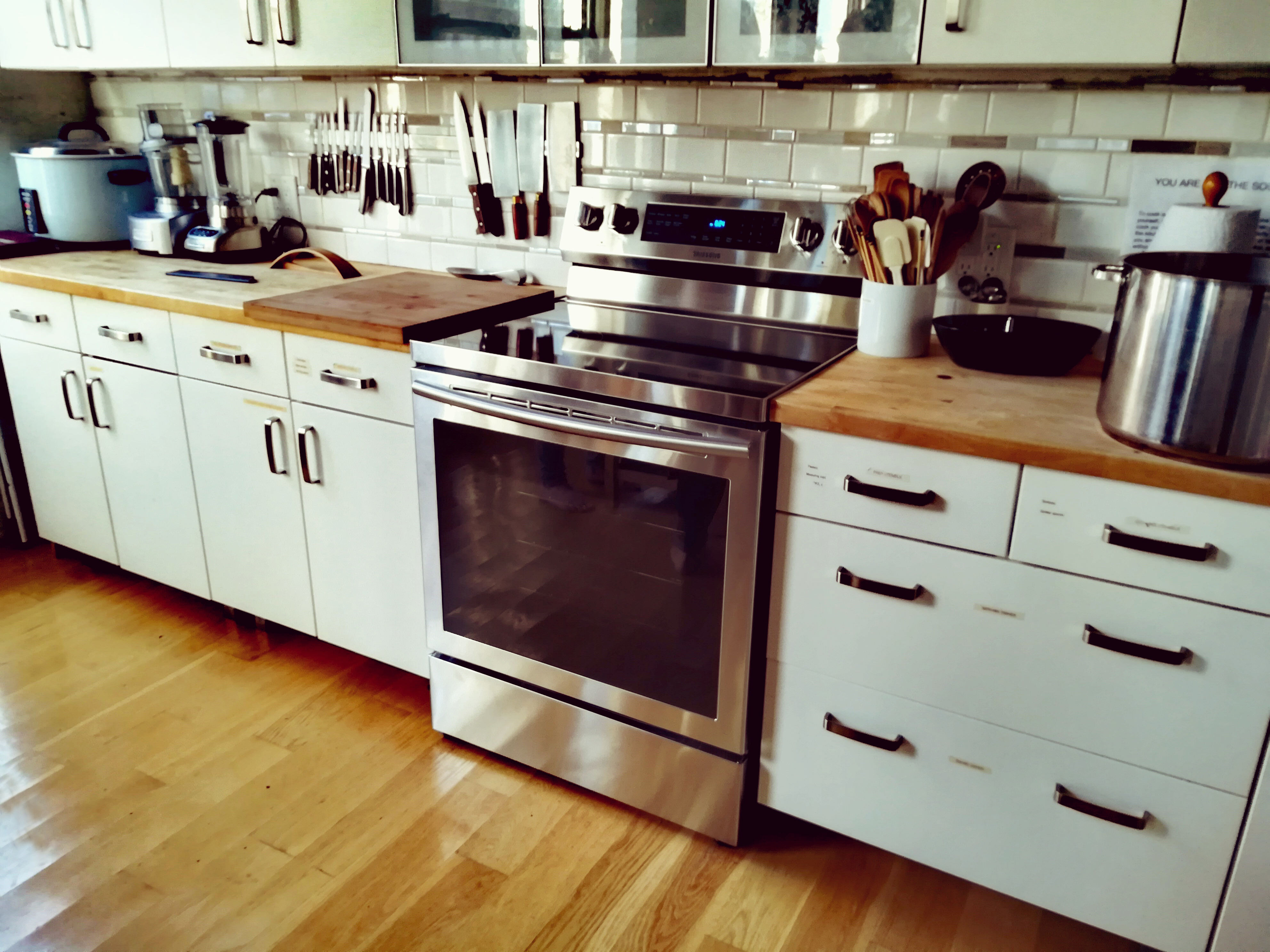 Flower People
Every week at BZC a team of dedicated sangha members engages in a special form of practice. They use scissors, vases, and brushes. They work carefully with their hands, paying special attention to colors and shapes, deciding on particular arrangements and combinations – what to discard and what to keep, how to evenly distribute what’s available, what should go where. They are the flower people!
Here are some members of the flower team, in an image captured in June (from left to right): Kikuko Morimoto, Mimi Rosenfeld and Alice Pencavel. More images are available here. 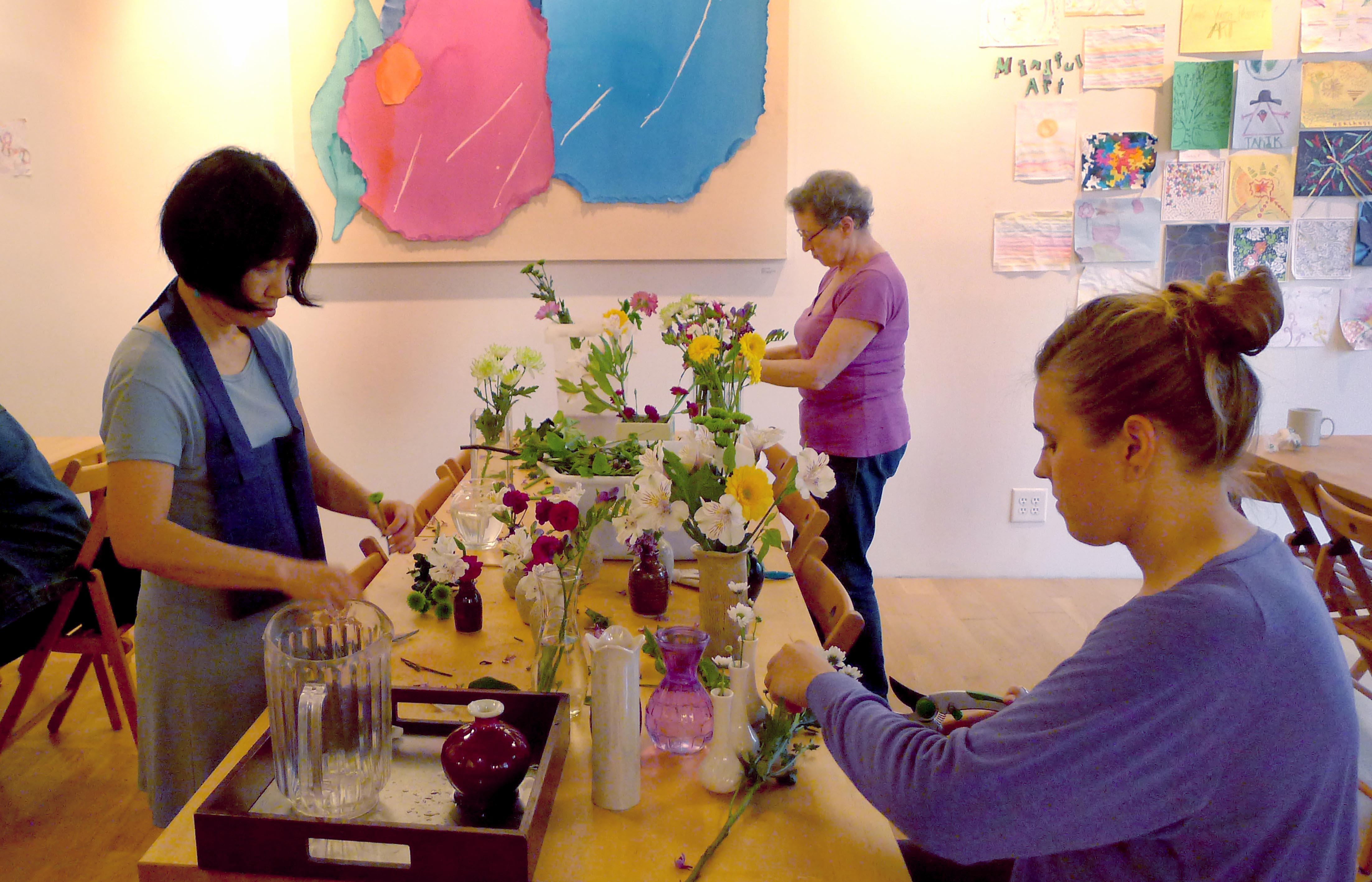 Oryoki at BZC
In June 2018, after months of preparation, Brooklyn Zen Center practiced the ceremony of oryoki for the first time in the sesshin that was led by Tenshin Reb Anderson Roshi. Bringing the ceremony of oryoki to BZC involved and required the participation of many, in an effort lead by BZC’s Tanto, Shokuchi Deirdre Carrigan. Oryoki is the ceremonial practice of serving and eating meals in the meditation hall (zendo), practiced in Zen temples since the T’ang dynasty in China. 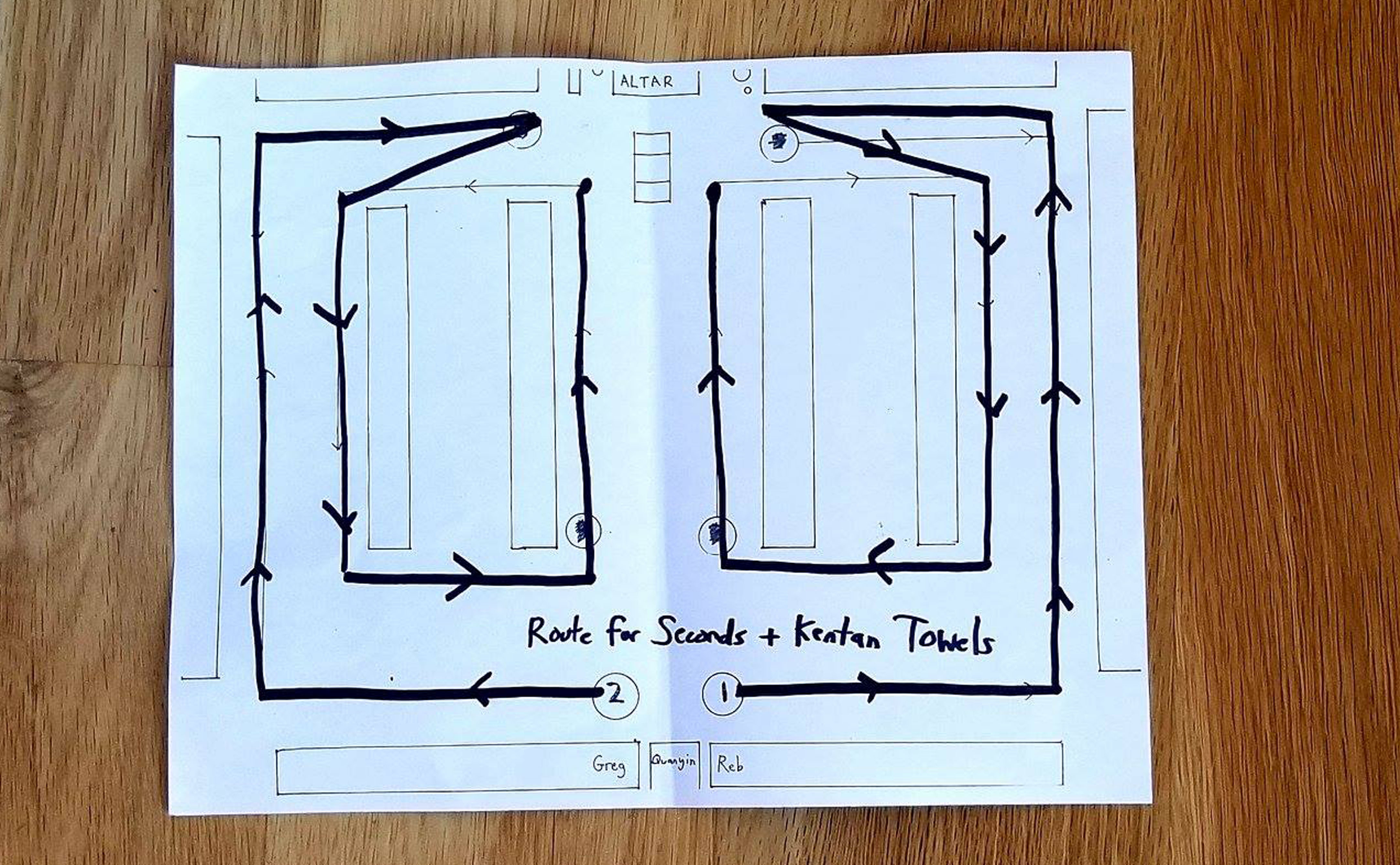 BZC Admin Team and BZC Board
The BZC Administrative Team is pictured here at the end of their half-day retreat in July. Left from right: Molicia Crichton, Danielle Saint Louis, Jozen Tamori Gibson and Dulce Fernandes. If you take a closer look you can also find E.T. (not part of the BZC Team). Jozen has since left the team to become BZC’s Board Chair. The BZC Board also saw the addition of another new member, as Liz Roberts (not picture here) became Vice Chair — gratitude to the new BZC Board members! 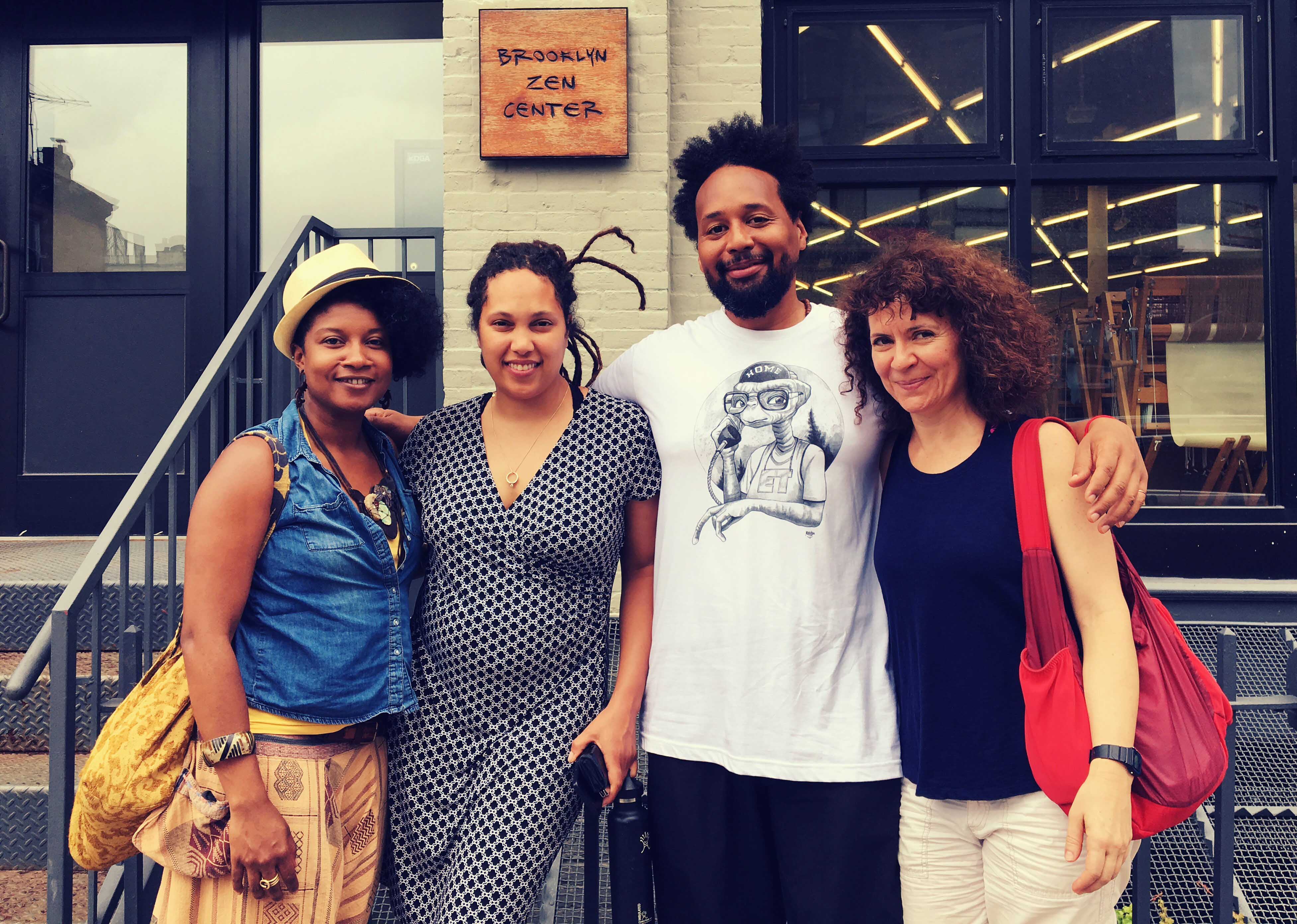 First ever BZC’s Residential Retreat
In August, Brooklyn Zen Center held its first-ever residential retreat. This special weeklong gathering took place in the farmland of the Watershed Retreat Center. BZC’s teachers Laura O’Loughlin and Greg Snyder co-led the retreat, which included zazen, service, study, dharma talks, discussions, dokusan, and silent meals, along with time for swimming and walks in the woods. This was a very special occasion for our sangha. More BZC residential retreats are expected in the future! 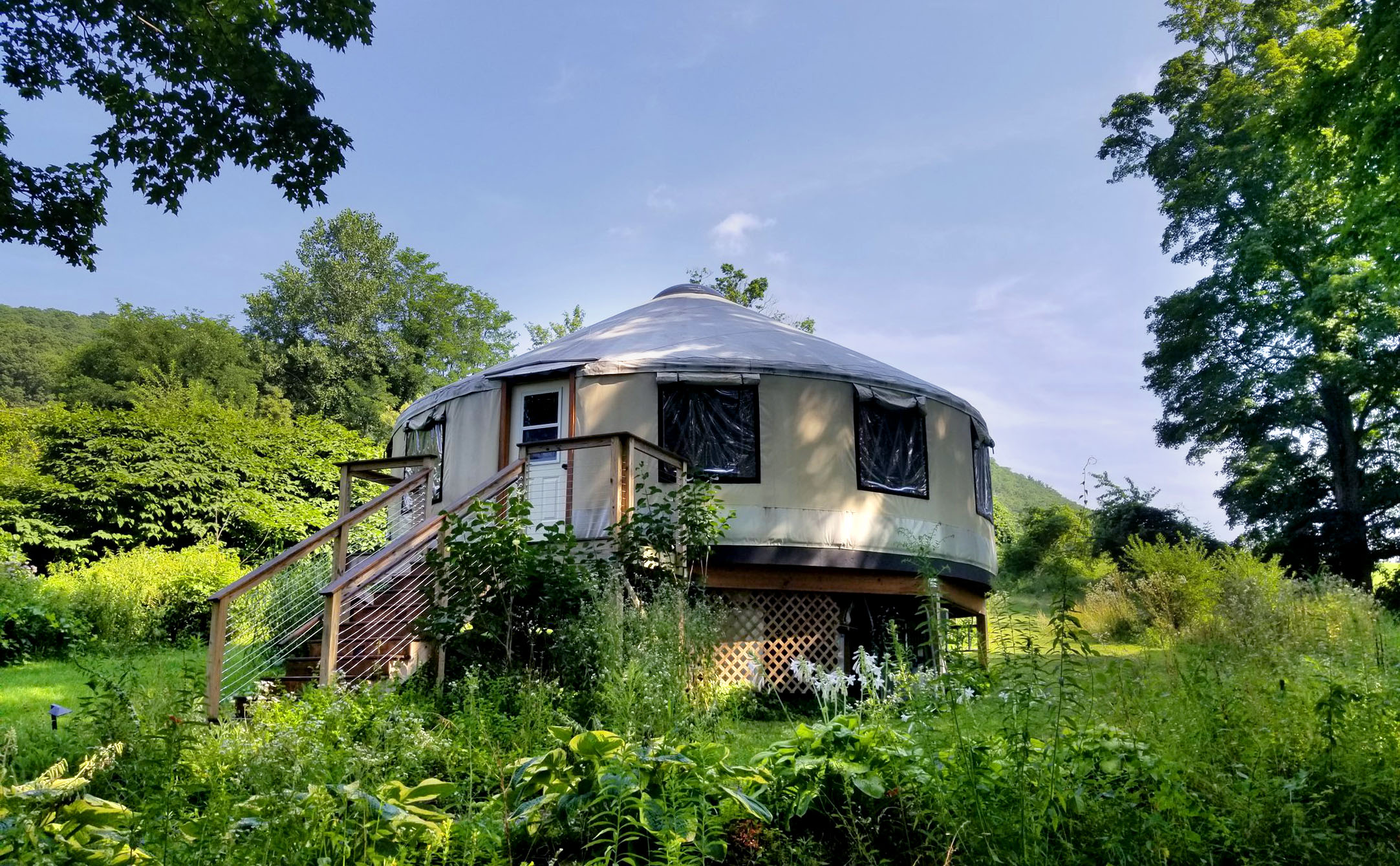 Eiheiji temple: impressions from Dogen’s world
Eiheiji temple, located in the mountains outside Fukui city in central Japan, was established by Zen master Dogen in 1244 and is one of the two head temples of Soto Zen. In existence for almost eight centuries now, the temple is an active monastery where more then 150 monks are in training.  During the summer, Yoko Ohashi, a longtime Brooklyn Zen Center sangha member, now serving as co-Ino and co-facilitator of the POC sangha, visited this cherished Soto Zen site and shared some of her impressions with the BZC sangha. 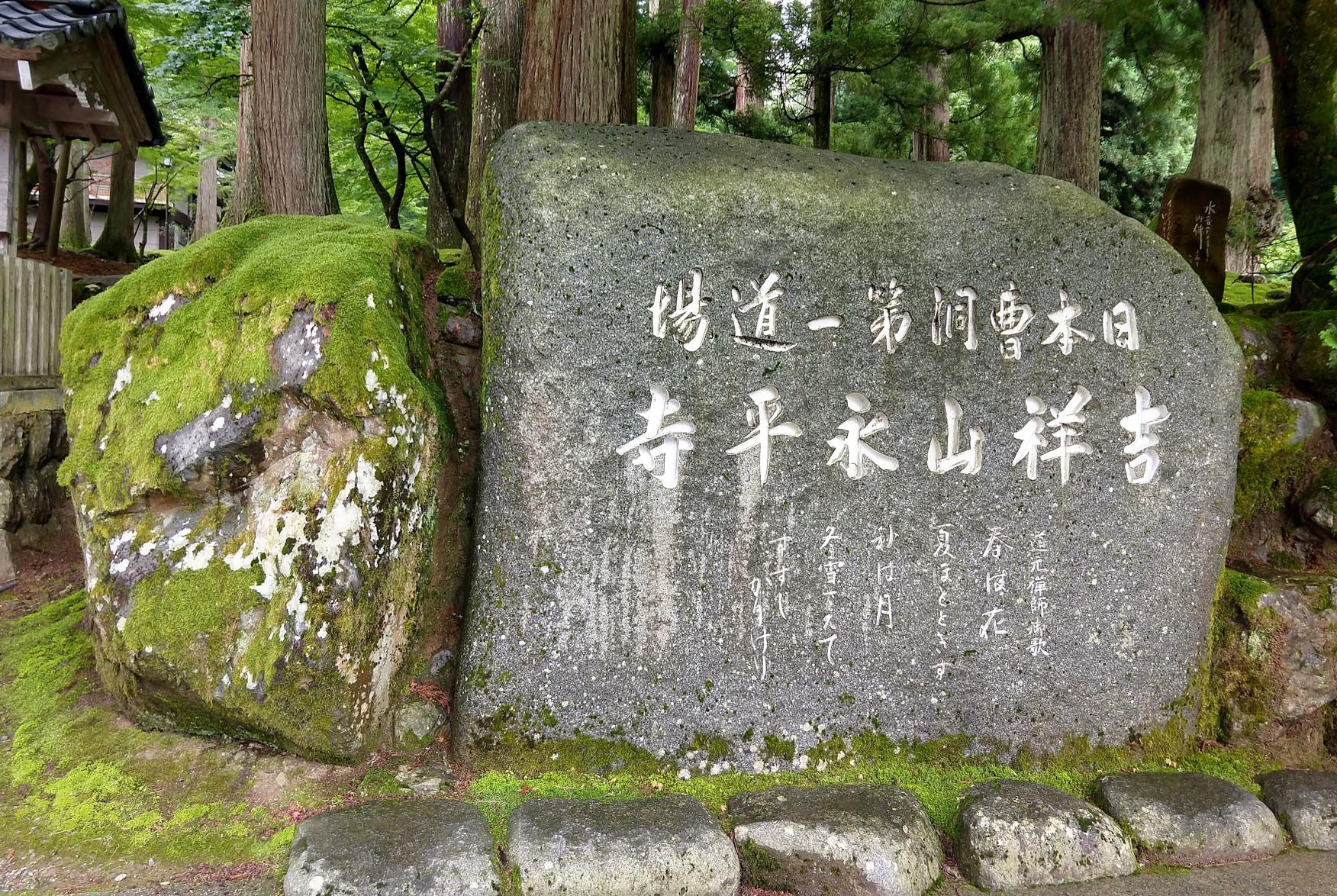 Soto Zen Buddhist Association’s biennial conference and statement
In September, the Soto Zen Buddhist Association’s (SZBA) biennial conference took place, a gathering of three full days of practice, discussion and exploration. Over 70 ordained priests and transmitted teachers joined the conference, representing dozens of training centers and sitting groups throughout North America, including BZC. A statement of atonement, written by several male SZBA members, was produced at the end of the gathering, expressing an acknowledgement of past wrongs against women, people of color, and other often disenfranchised groups. The statement concludes with a clear intention: “We bow in reverence, sorrow, and determination to overcome and heal the forces that cause such pain, for ending suffering within and without is the Dharma’s true Gateway, the Buddha’s True Heart.” 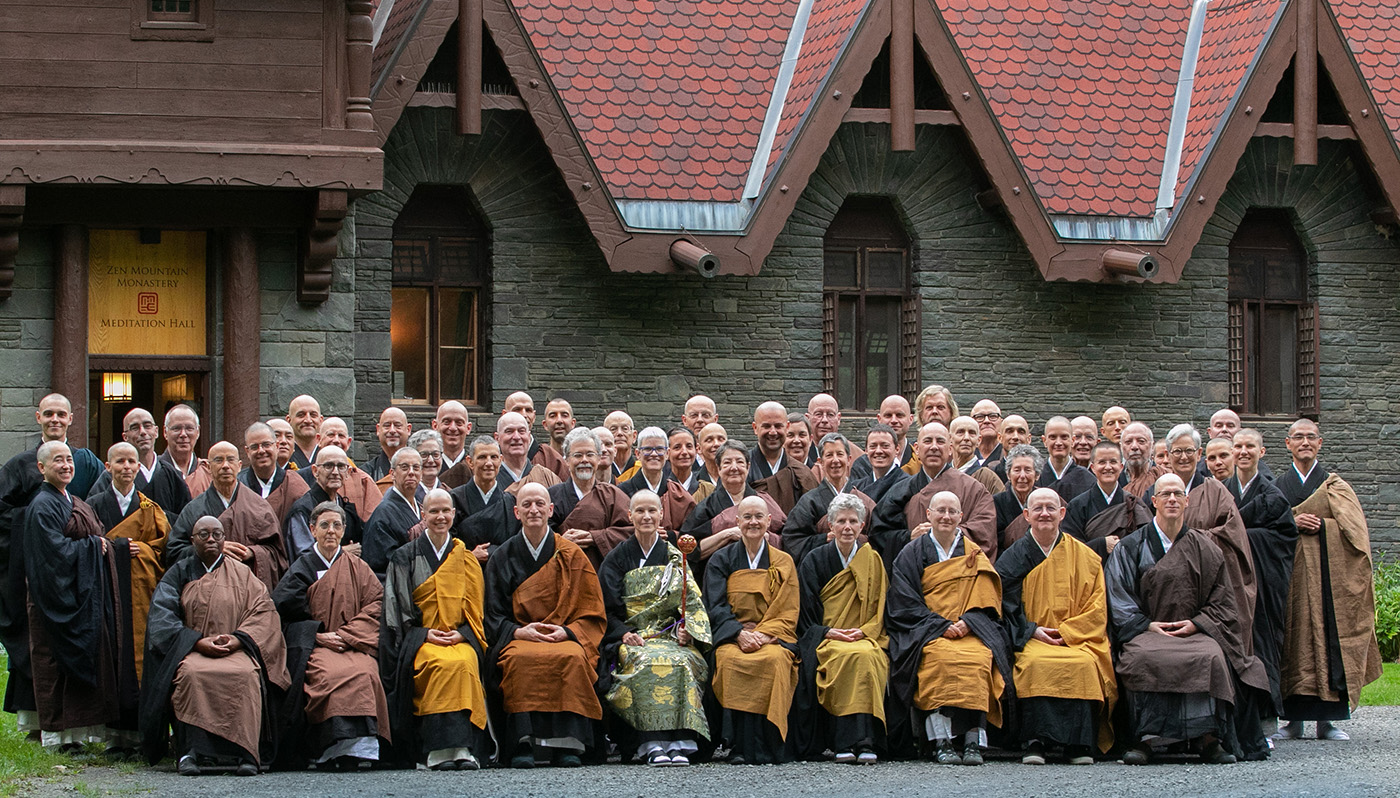 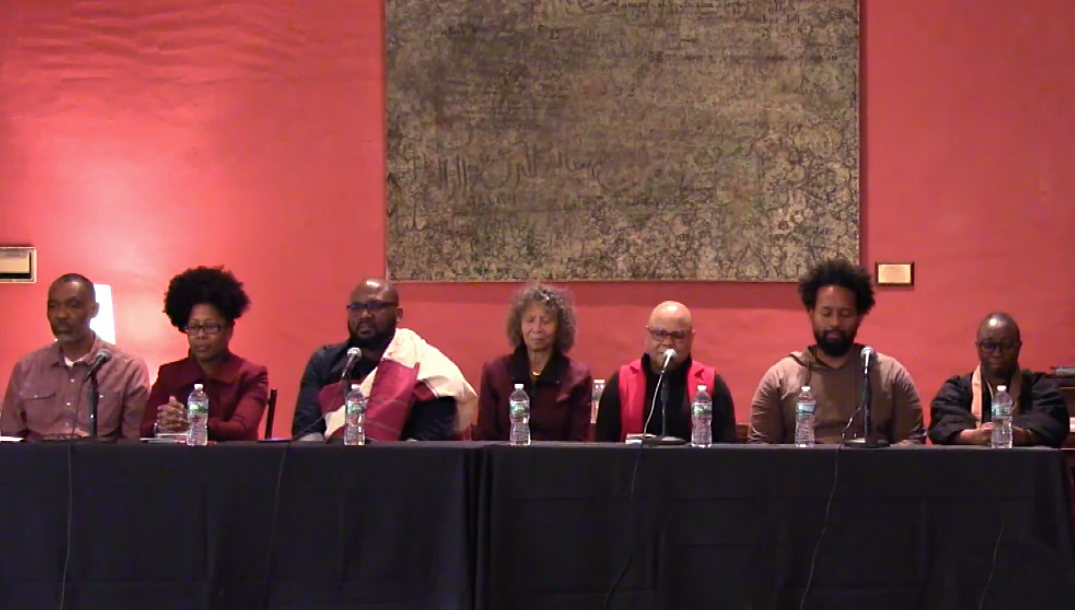 Community agreements
The BZC Community Agreements, made available in November, were the result of a collective effort over the course of many months. The Community Agreements are working guidelines to help us explore how to hold conflict with tenderness. With bravery, we practice letting go of the conditioning that keeps us from sharing our vulnerability. We return to our intentions, and return to sangha. This is our practice of collective liberation. It will be uncomfortable, joyous, terrifying, and profound. And we begin again anew, in every moment, together. The BZC community agreements, a working guide for our Sangha, are available here.

The okesa was born!
During the course of many months, the Brooklyn Zen Center sangha came together to saw a nine-fold okesa (full-body robe) for dharma teacher and senior priest Rev. Kosen Greg Snyder, in a practice lead by Kiku Morimoto. The nine jo okesa is the teaching okesa, worn for dharma talks and ceremonies, and is traditionally sewn by the Zen students in the sangha, especially those working with the teacher for whom it is a gift. More than 80 sangha members gave stitches to the okesa. On December 5, the completion of the okesa was announced: “The Okesa has been born! The okesa was born at 6 pm. It is 4.5 feet (height), 6.5 feet (width), and weighs 2 pounds!” 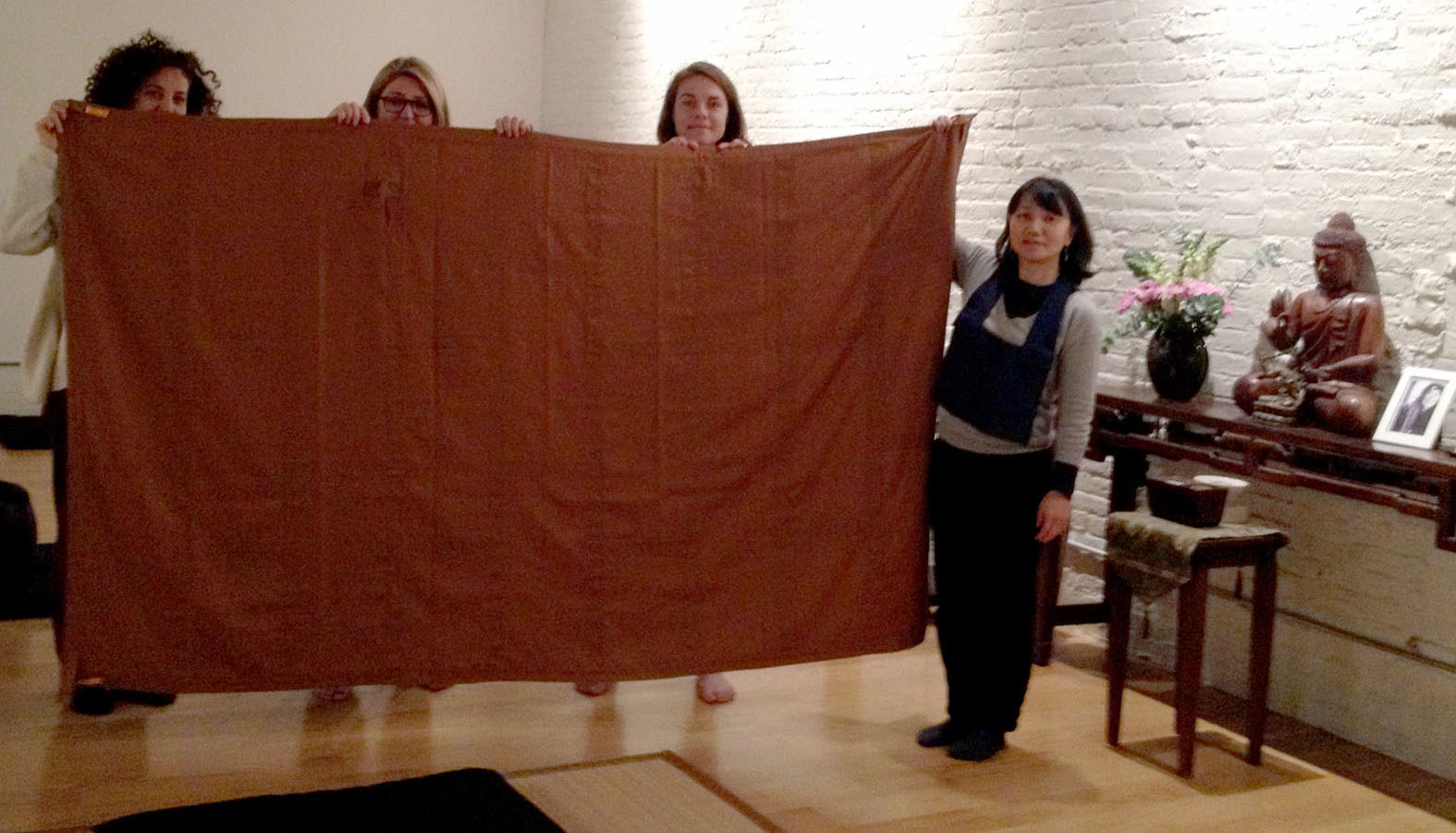 Rohatsu Sesshin
On December 16, the Brooklyn Zen Center sangha completed a five-day Rohatsu Sesshin, lead by dharma teachers Laura O’Loughlin and Greg Snyder. This year’s December Sesshin was the 12th Rohatsu to be held at BZC, a tradition shared by sanghas around the world in commemoration of Buddha’s enlightenment, which he attained as the morning star rose on his last day sitting under the bodhi tree. 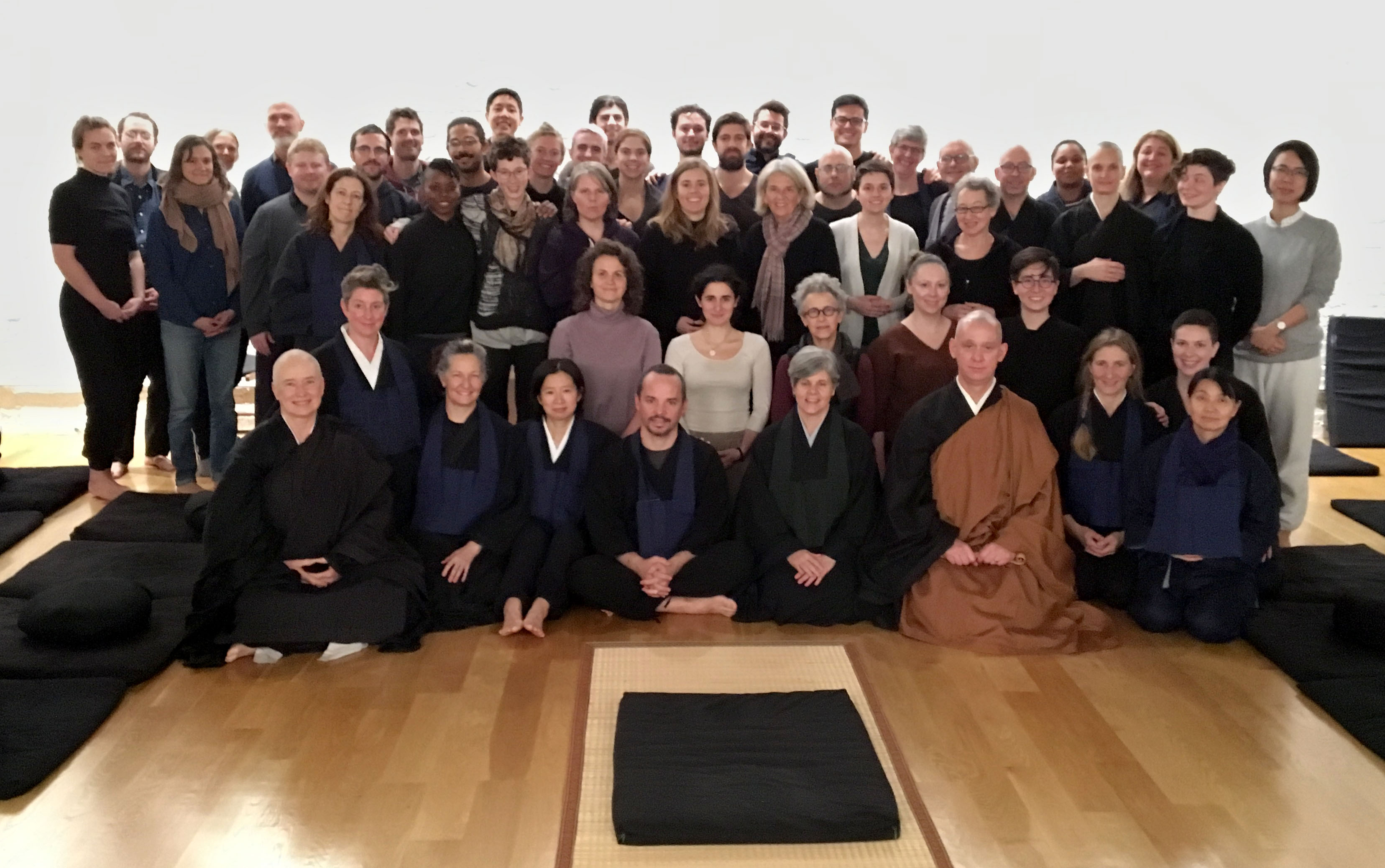 BZC is currently raising much-needed funds in our 2018 End of Year Campaign. All contributions will support the continuation of our practice in the years ahead. Thank you for your generosity!