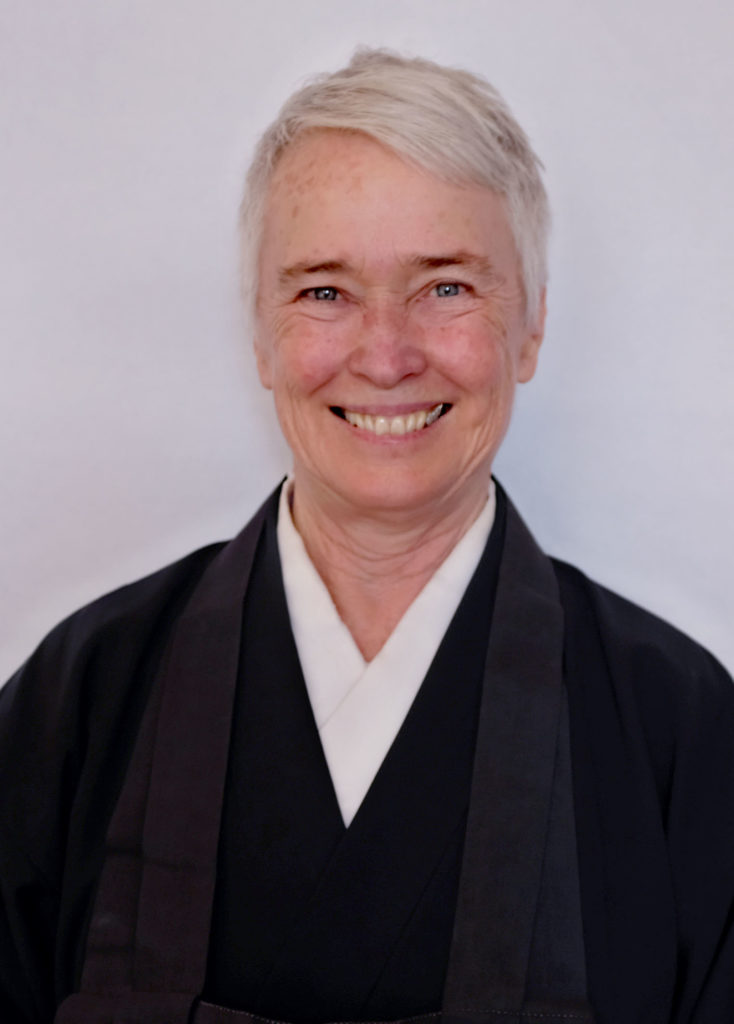 Shokuchi Deirdre Carrigan received training in Soto Zen practice as a resident of San Francisco Zen Center for 12 years, was ordained as a priest in the Shunryu Suzuki lineage by Tenshin Reb Anderson in 2010, and was Shuso (head monk) with Abbess Eijun Linda Cutts in 2014 at San Francisco Zen Center/Green Gulch Farm. She has been teaching yoga in the San Francisco Bay Area since 1988, as well as co-leading Zen and Yoga retreats at Tassajara and Green Gulch Farm since 2002.

“May all beings be happy. May they be joyous and live in safety. All living beings…” — The Dhammapada

Head of the Kitchen (co-Tenzo) 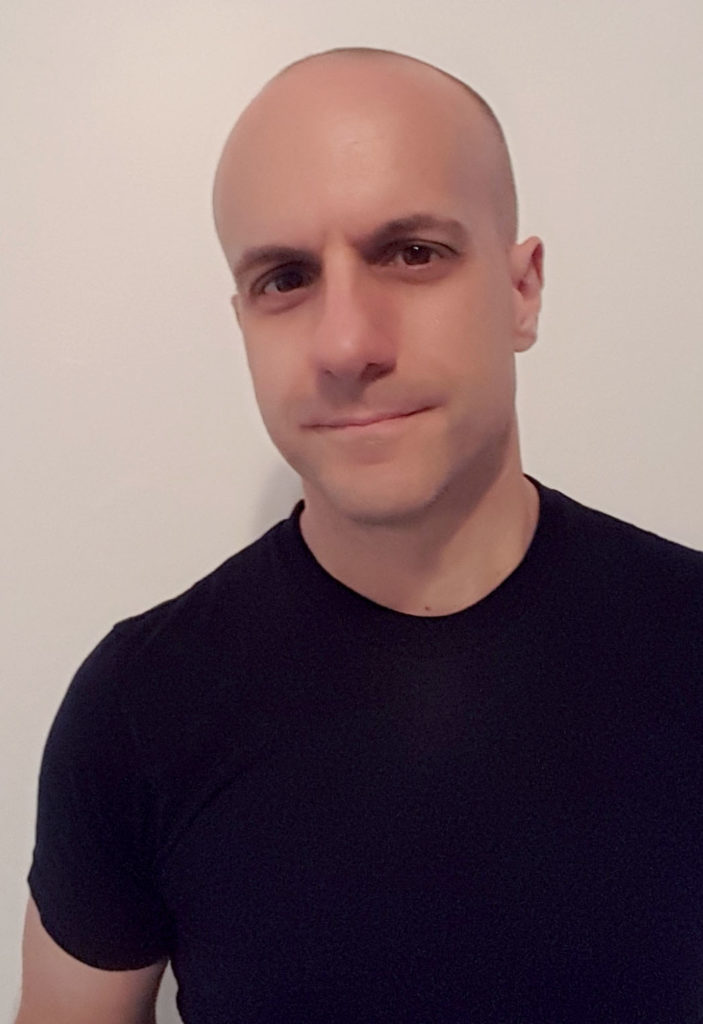 Don has been practicing at BZC since 2015. Working in the kitchen has taught him healthier ways to relate food and eating, and he’s honored to support others in discovering what kitchen practice has to offer. When he’s not in the kitchen, Don enjoys yoga and western partner dancing.

“You won’t exhaust desires by searching; you will exhaust them by experiencing that which underlies them.” — Charlotte Joko Beck

Head of the Kitchen (co-Tenzo) 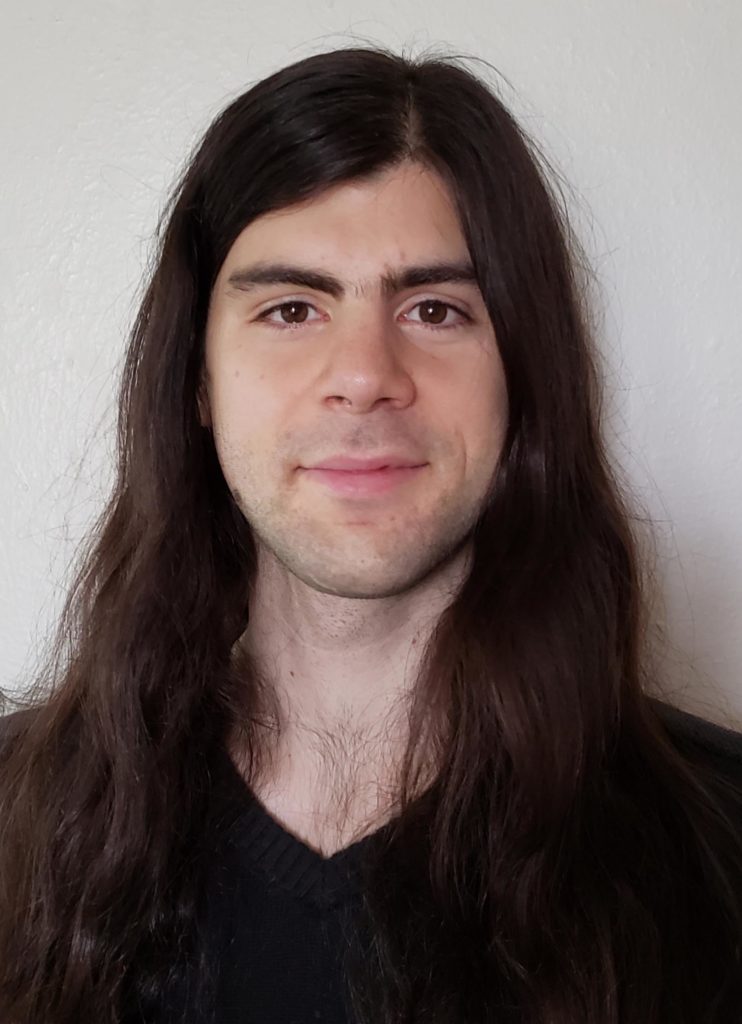 Tom Weinreich is trained and employed as a research scientist, his family’s traditional occupation. He is also a Zen student and an aspiring community organizer. Tom co-facilitates the Undoing Patriarchy and Unveiling the Sacred Masculine sangha at BZC.

“Not knowing is most intimate.” — The Book of Serenity

Assistant to the Tenzo (Fukuten) 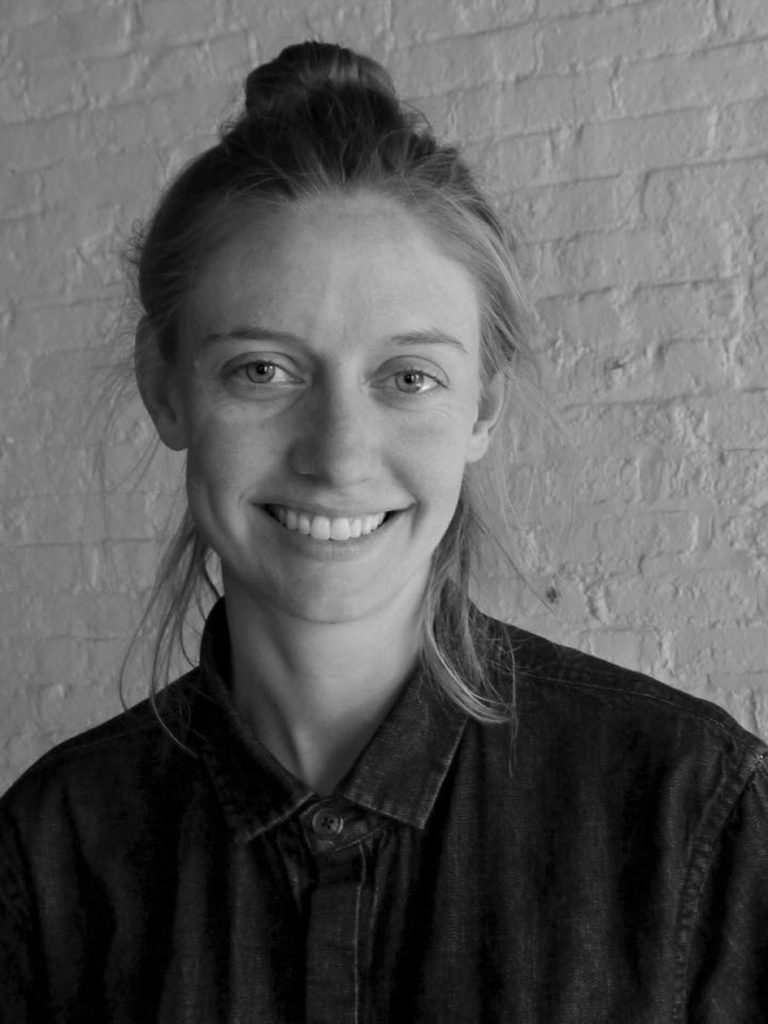 Kayla is a social worker and mitigation specialist that provides sentencing advocacy to law firms and public defenders in support of lower prison sentences for her clients. Originally from Austin, TX, Kayla has lived and practiced in Brooklyn since 2014.

“Although the wind / blows terribly here,
the moonlight also leaks / between the roof planks
of this ruined house.” — Izumi Shikibu

Assistant to the Tenzo (Fukuten) 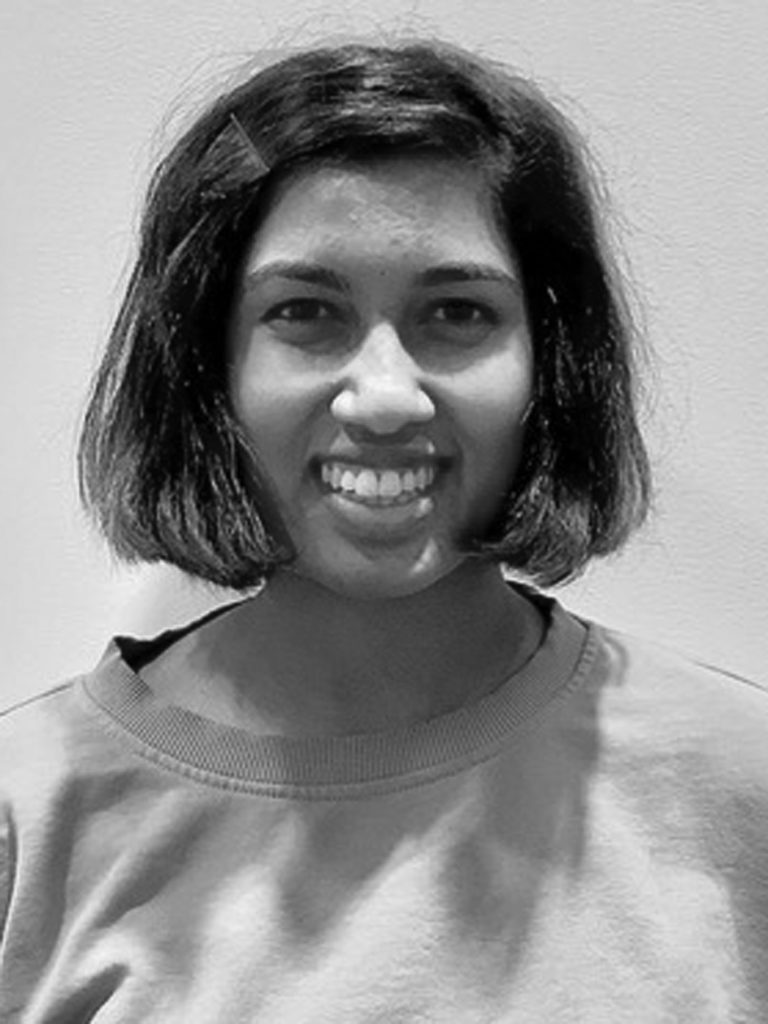 Sindhu started her zen practice in 2017, living a year at Green Gulch Farm after graduating college. This is where she learned to sit meditation, cook giant pots of soup, perform Japanese tea ceremony, and grow vegetables. Since then, she has moved to New York City to pursue a career in audio storytelling and has continued to practice at BZC.

“The mind of the beginner is empty, free of the habits of the expert, ready to accept, to doubt, and open to all the possibilities.” — Suzuki Roshi

Head of the Meditation Hall (co-Ino) 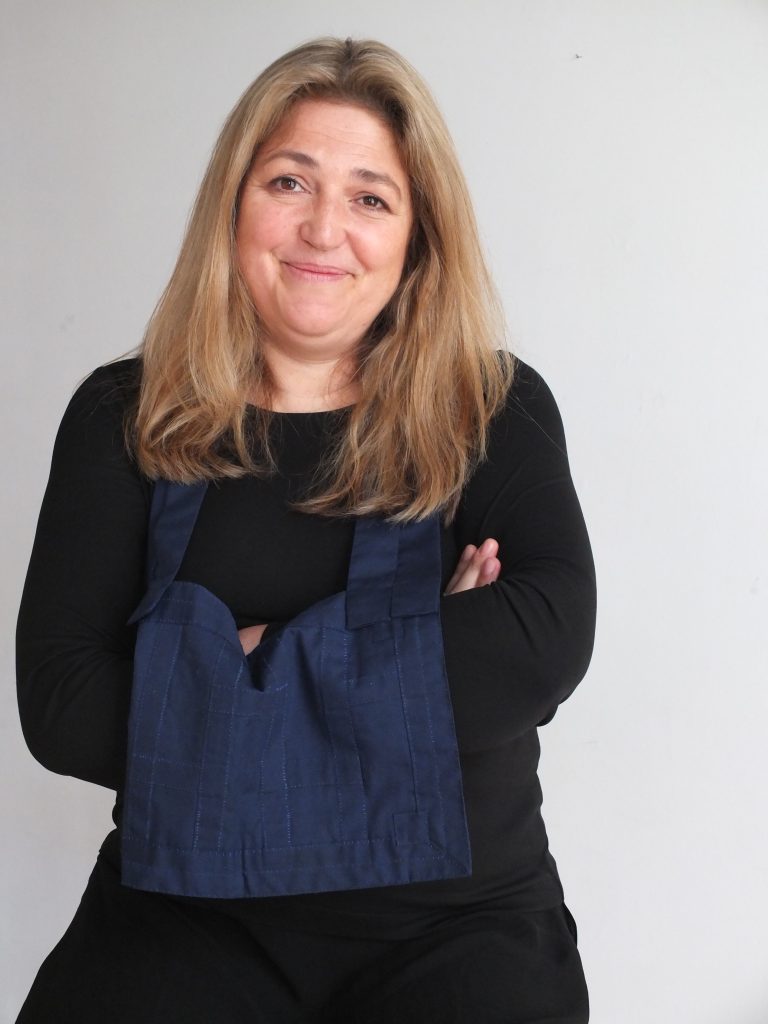 “Great is the matter of birth and death. Life is fleeting, gone, gone. Awake, awake, do not waste this life.” — Dogen

Head of the Meditation Hall (co-Ino) 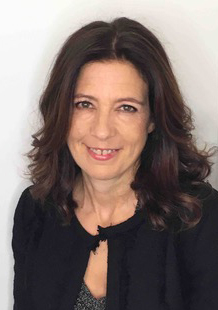 Erica Essner has been a Soto Zen Buddhist practitioner since 1985 and was lay ordained in 2015. Her work in dance education and dance performance is informed by her Zen practice as a tool for concentration and focus. Erica is currently pursuing her dance credential M.A. as a scholarship student at Hunter College.

“We simply cannot engage with either the ills or promises of society if we continue to turn a blind eye to the egregious and willful ignorance that enables us to still not ‘get it’ in so many ways.” — Rev. angel Kyodo Williams 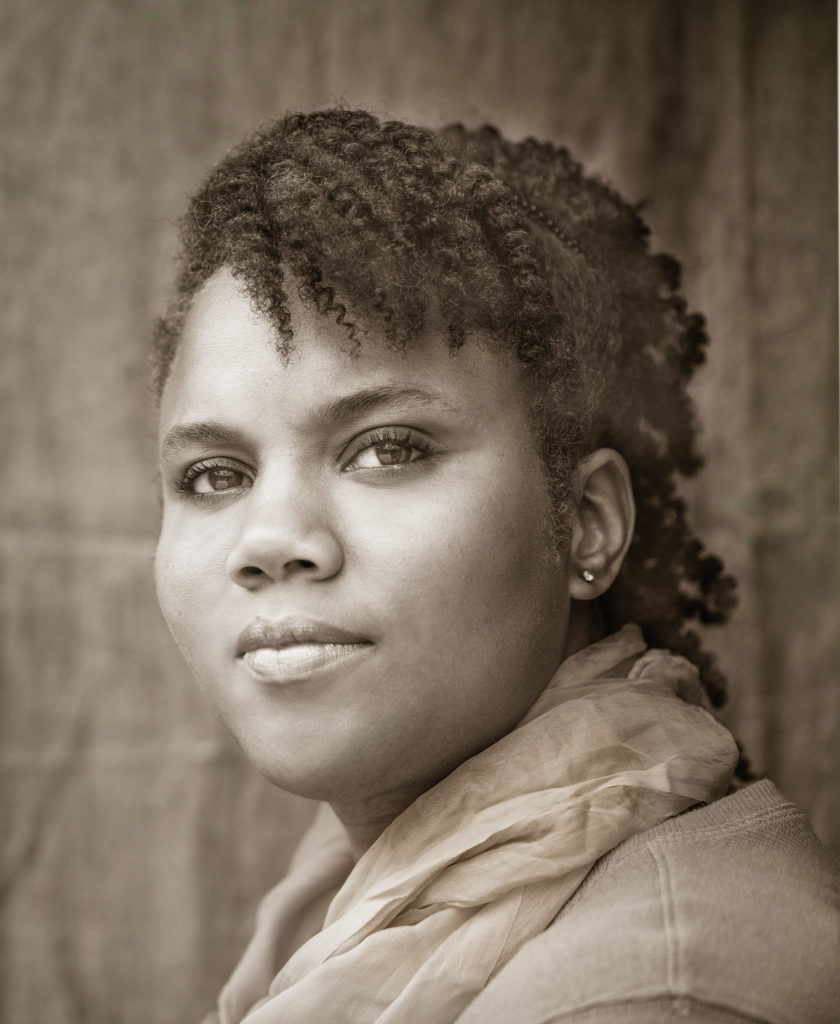 Camille is a member of the BZC People of Color sangha, and also practices with BZC-affiliated Love Circle Sangha. She received precepts in December 2017. She enjoys practicing on the doanryo and shikaryo, and making friends with the many delightful people touched by the BZC mahasangha.

“Whatever illumines your path I will consider as my friend. There are no enemies, no barriers in the heart. There is only wishing you well.” — song from Plum Village 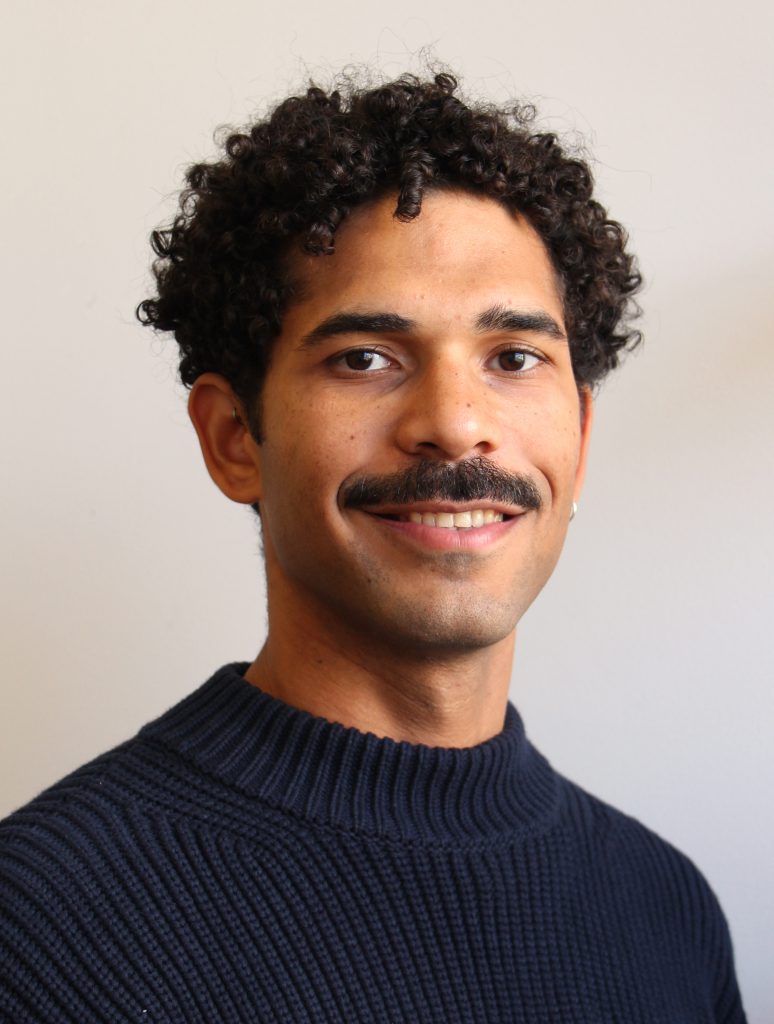 Dexter Ciprian is a visual artist and the son of immigrants from the Dominican Republic. He has been practicing Zen at Brooklyn Zen Center since 2014 and is interested in the dialogue between creativity, spirituality and social justice. He currently is co-Shika and co-facilitator of the POC sangha at BZC.

“Only by learning to live in harmony with your contradictions can you keep it all afloat.” — Andre Lorde 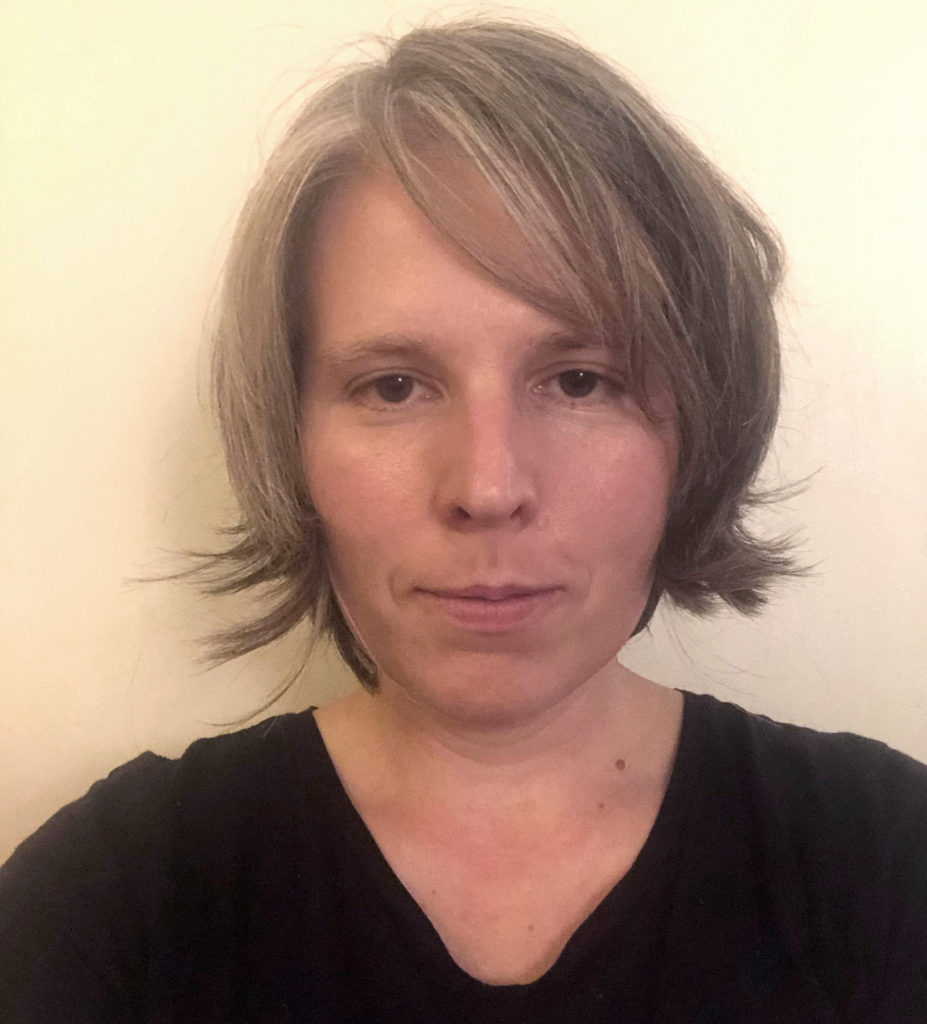 Emily is a theater director exploring intersections of contemplative practice, aesthetic experiment, and social transformation. She has been a member of BZC since 2017.

“However enlightened you get, it really isn’t that much.” – Sawaki Kodo Roshi 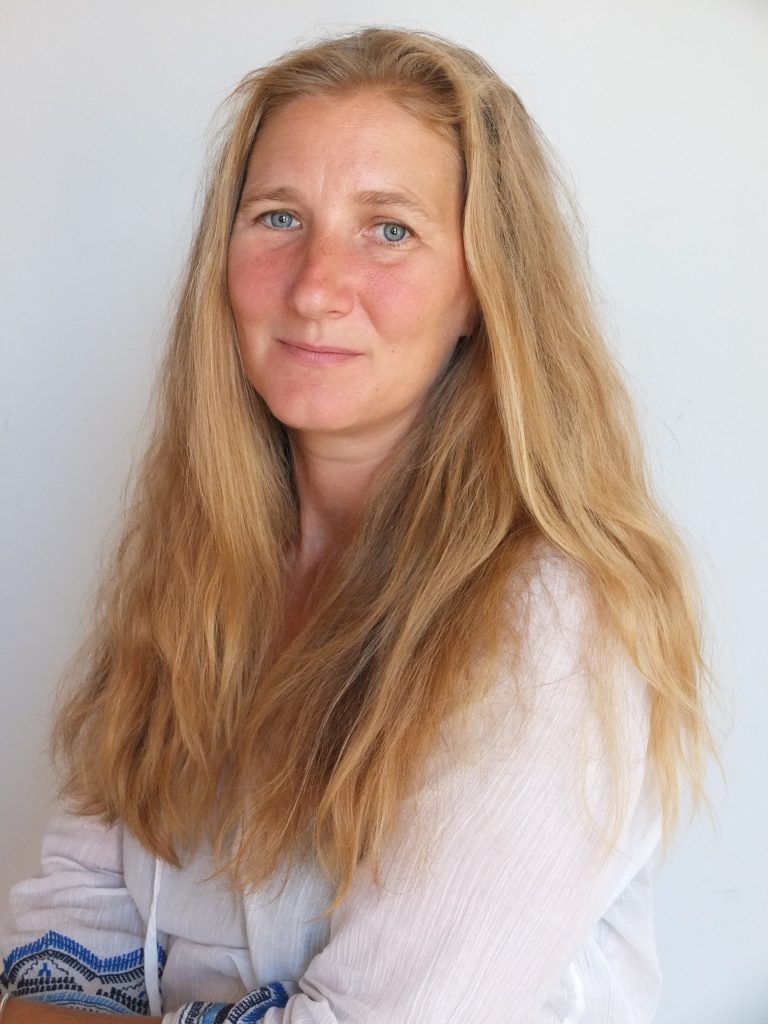 Flo Lunn has been practicing at BZC since 2013. She spends her time being a mother, a yoga instructor and a zen student. She received precepts in December 2017. 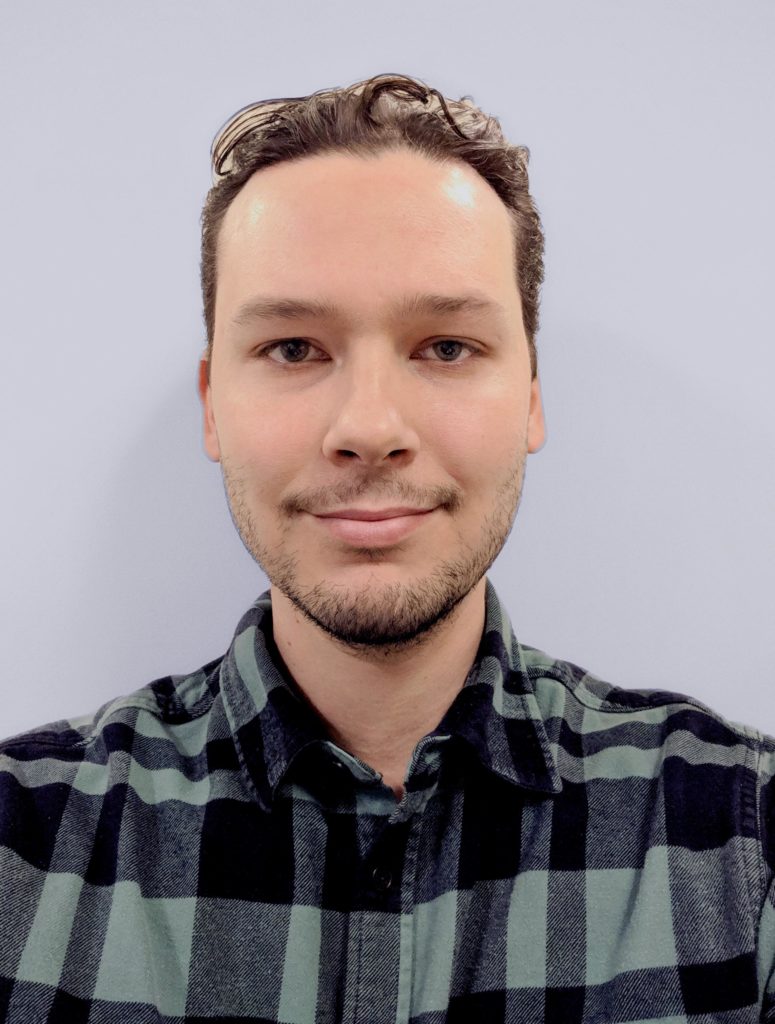 Michael has been a part of the BZC mahasangha since 2016 and finds himself continuously awed by the vast depth and connection of practice in community. He enjoys serving in various roles, including on the doanryo and as a co-facilitator of the Undoing Patriarchy and Unveiling the Sacred Masculine group. He is pursuing a Masters of Social Work from Hunter College.

“Although from the beginning / I knew / the world is impermanent,/ not a moment passes/ when my sleeves are dry.” — Ryokan 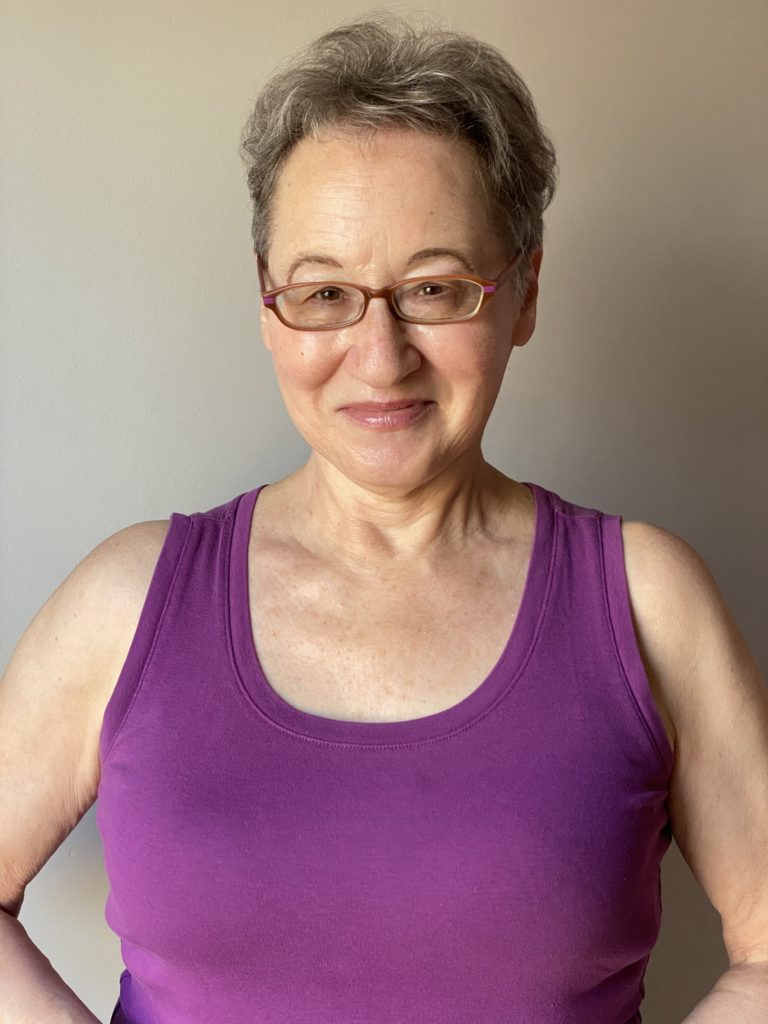 Mimi began practicing at BZC in 2015. Her initial dharma gates were a love of nature and the arts of China and Japan. She served the sangha for four years by arranging flowers for the altars and public spaces at BZC. She has worked in publishing, higher education, and project management, and now brings her collaboration skills to the role of Co-Shissui. In the world beyond BZC, she explores the many museums and botanical gardens in New York City. 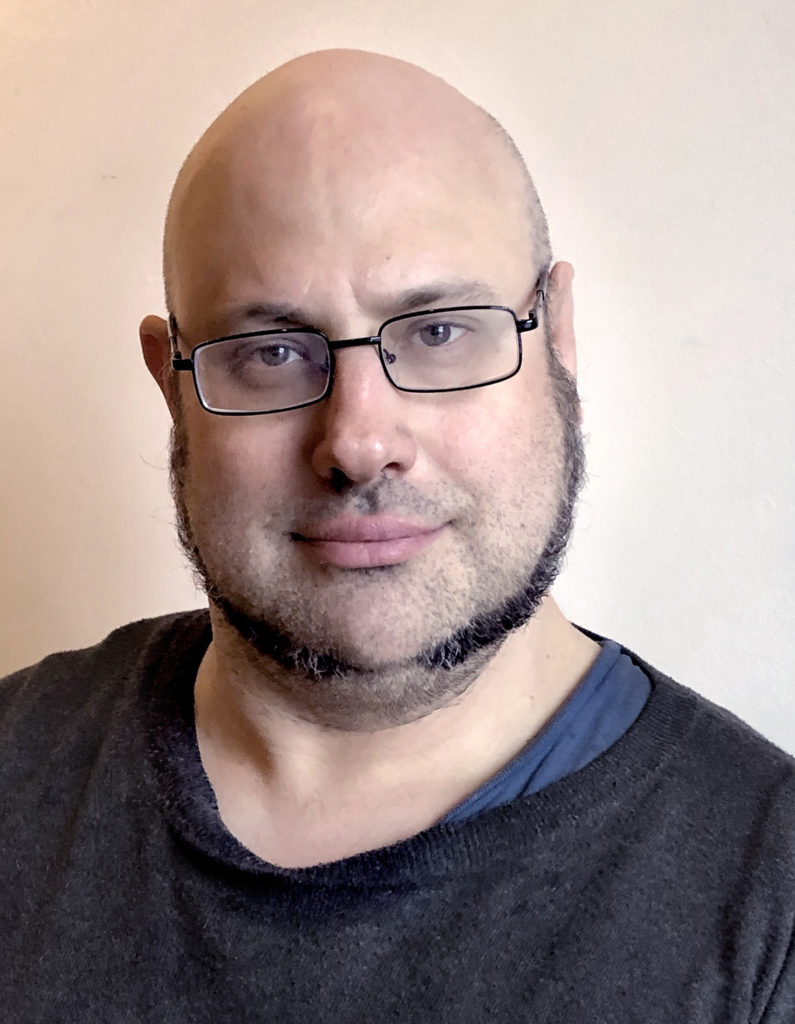 John Asrelsky is an artist and a musician who read about Zen and meditation for decades before joining Brooklyn Zen Center in 2009. John currently serves as co-shissui after having been the sole workleader once before. John has also held many other practice roles at BZC over the years, having served both on the doanryo and shikaryo.

Zazen is doing nothing with discipline. 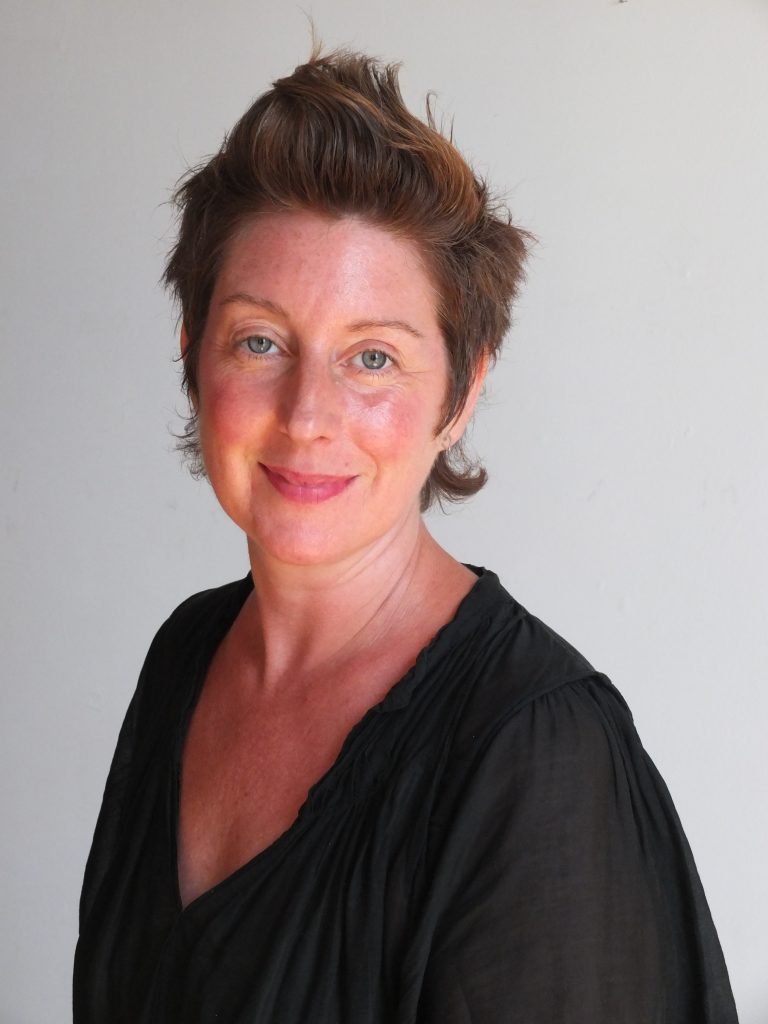 Kristen Davis has been teaching yoga and Alexander Technique for over twenty years, and is the owner of Yogasana Center. Her Zen practice inspires her to use yoga and Alexander as a framework to challenge perceptions and conditioning, and become more awake and embodied. Kristen’s best mirrors and loves are her partner, David, their son, Arlo, and the family dog, Puck. 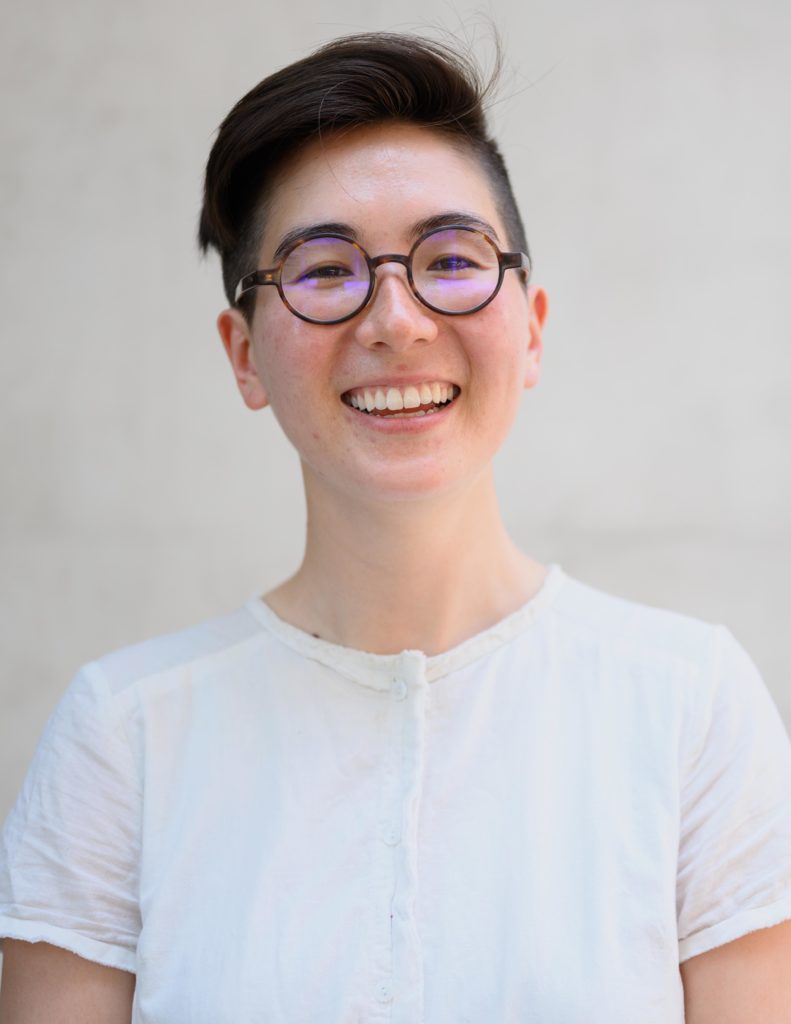 Victory was raised in Brooklyn and has been practicing at Brooklyn Zen Center since 2015, where they have been a co-facilitator of the People of Color Sangha and the Accessibility Committee. They have worked as a book seller, a proofreader, and a book editor. Victory now lives and works at Ancestral Heart Zen Monastery.

“We cannot meet with the same person twice. . . . Since everything is changing, since nothing stays forever, this is the only time we can meet.” — Shōhaku Okumura, Living by Vow