Shunryu Suzuki Roshi, a Japanese Zen Buddhist priest belonging to the Soto tradition, came to San Francisco in 1959 at the age of fifty-four. Already a respected Zen master in Japan, he was impressed by the seriousness and quality of “beginner’s mind” among Americans he met who were interested in Zen. As more and more people of non-Japanese background joined him in meditation, San Francisco Zen Center came into being and Suzuki Roshi was its first abbot. He was undoubtedly one of the most influential Zen teachers of his time. Some of his edited talks have been collected in the books Zen Mind, Beginner’s Mind and Branching Streams Flow in the Darkness: Zen Talks on the Sandokai. 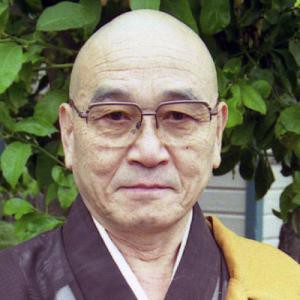 Hoitsu Suzuki is a Soto Zen priest and a Dharma heir of his late father, Shunryu Suzuki-roshi. He became the abbot of Rinsoin temple in Yaizu City, Shizuoka Ken, when he was 27 years old in October of 1966. After his father’s death, he gave Dharma Transmission to Sojun Mel Wietsman, Jakusho Kwong, and Keido Les Kaye. Since the death of his father, he has continued to support the San Francisco Zen Center by participating in Abbot/Abbess installation ceremonies and other formal ceremonies. In addition to his duties as the Abbot of Rinsoin, Hoitsu has been a member of the Civil Mediation Board for Yaizu City and was recognized for this work by the Emperor of Japan. In 2006 he was named the Tanto of Eiheiji. In 2008 he became the Assistant Director of Eiheiji and in the fall of 2009 he was named the Godo of Eiheiji. Although he works tirelessly at Eihieji, he continues to serve as the Abbot of Rinsoin.

Sojun Mel Weitsman is a Soto Zen Buddhist priest and a Dharma heir of Suzuki’s son Hoitsu Suzuki. Sojun Weitsman founded the Berkeley Zen Center in 1967 and has been the guiding teacher since then. Suzuki Roshi had asked Mel to open the zendo for his students in the Berkeley area. Mel began his Zen practice in 1964 at the San Francisco Zen Center and was ordained a priest by Suzuki in 1969. Mel also served as co-abbot of SFZC from 1988 to 1997. Sojun is an editor of the book Branching Streams Flow in the Darkness: Zen Talks on the Sandokai.

Soshin Teah Strozer is BZC’s honorary founding teacher. She visited Brooklyn Zen Center’s city temple to lead retreats from 2006 through 2010. BZC then invited her to be our resident teacher for half of each year, which Teah generously did from 2010 through 2016. Teah is a Zen Buddhist priest, dharma teacher, and lineage-holder in the Soto Zen tradition of Shunryu Suzuki Roshi. She received dharma transmission from Sojun Mel Weitsman. Teah has been practicing meditation since 1967, lived at Tassajara Monastery for 11 years, and has studied directly under Shunryu Suzuki Roshi, Chogyam Trungpa Rinpoche and Dainin Katagiri Roshi. Teah has taught for many years at the San Francisco Zen Center and also at the Bay School of San Francisco, where she served as the chaplain. Teah served as BZC’s founding dharma teacher from 2007 through 2017.

Brooklyn Zen Center is a member of Branching Streams, a network of Dharma centers in the tradition of Suzuki Roshi. The intention of Branching Streams is to encourage the practice of Soto Zen in inclusive and creative ways in centers large and small, to learn from each other’s experience, and to find new ways to benefit each other.