Kosen Greg Snyder is a dharma teacher and senior priest at Brooklyn Zen Center, as well as its co-founder and current President. He is also the Senior Director of Buddhist Studies at Union Theological Seminary, where he directs and teaches in a Masters of Divinity program focused on Buddhism and Inter-religious Engagement. Kosen received priest ordination and dharma transmission from Teah Strozer and is a lineage holder in the Suzuki Roshi lineage of Soto Zen. Kosen is active with multiple interfaith and community networks organizing around peace-building, anti-violence and social justice initiatives, and currently sits on the Brooklyn Borough President’s Advisory Council on Faith-based and Community Partnerships. Kosen’s practice of Zen and the dharma includes an understanding that personal and social liberation are a deeply integrated process of mutual unfolding. In addition to teaching in a formal Zen context, he facilitates Undoing Whiteness and Undoing Patriarchy workshops and ongoing groups that focus on investigating self-identities that may unconsciously perpetuate societal suffering. His efforts include ensuring the dharma is truly available to everyone, supporting young people in practice, developing a community-responsive Zen center, and advocating for bringing the illumination of conditioning around patriarchy, racism and economic exploitation to the center of our Buddhist exploration of self. He is devoted to co-creating an American dharma movement that fully embraces a deep social engagement focused on transforming inequity, bias and violence in ourselves, our communities and the world. 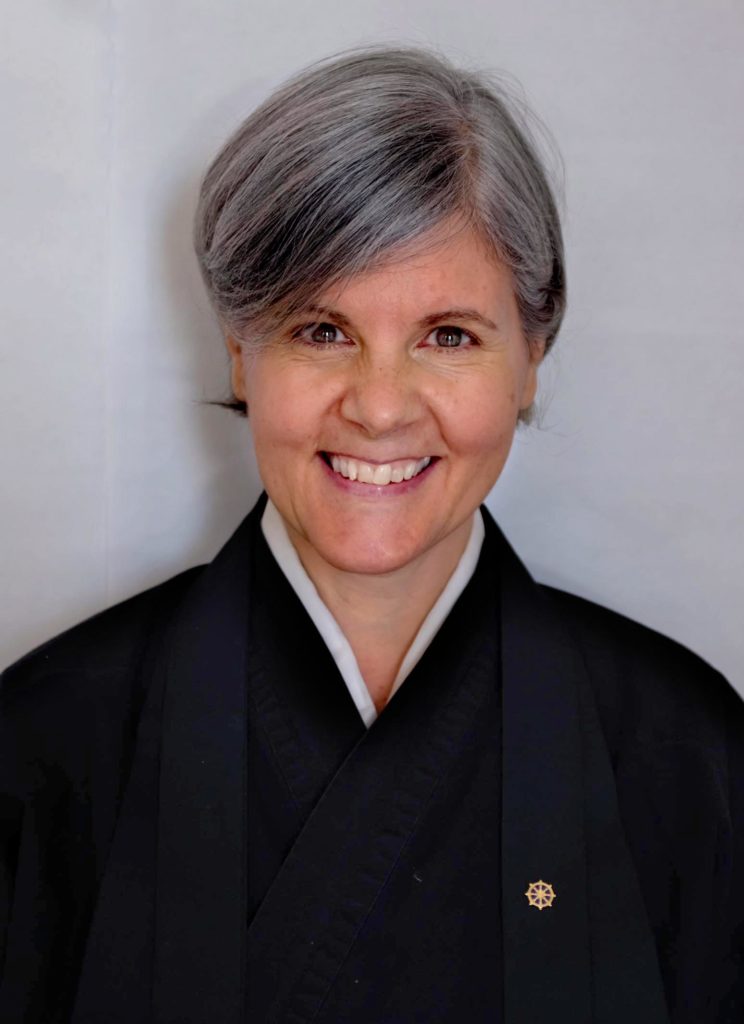 Shingetsu Laura O’Loughlin is a dharma teacher and senior lay practitioner at Brooklyn Zen Center, as well as its co-founder. Before she began training with Teah Strozer, Laura was a student of Darlene Cohen’s. She is currently a psychotherapist, affiliated with the Buddhist Psychotherapy Collective, with her own practice in Manhattan. As a clinician, Laura uses mindfulness and body-oriented practices to support healing and transformation. Before co-founding Brooklyn Zen Center, Laura had trained and lived in various Buddhist communities since 1997, including Tassajara Zen Mountain Monastery and San Francisco Zen Center. Laura was also Director of Austin Zen Center, where among other things she studied the interface between eastern and western psychologies. Laura received lay dharma entrustment from Teah Strozer in 2017. 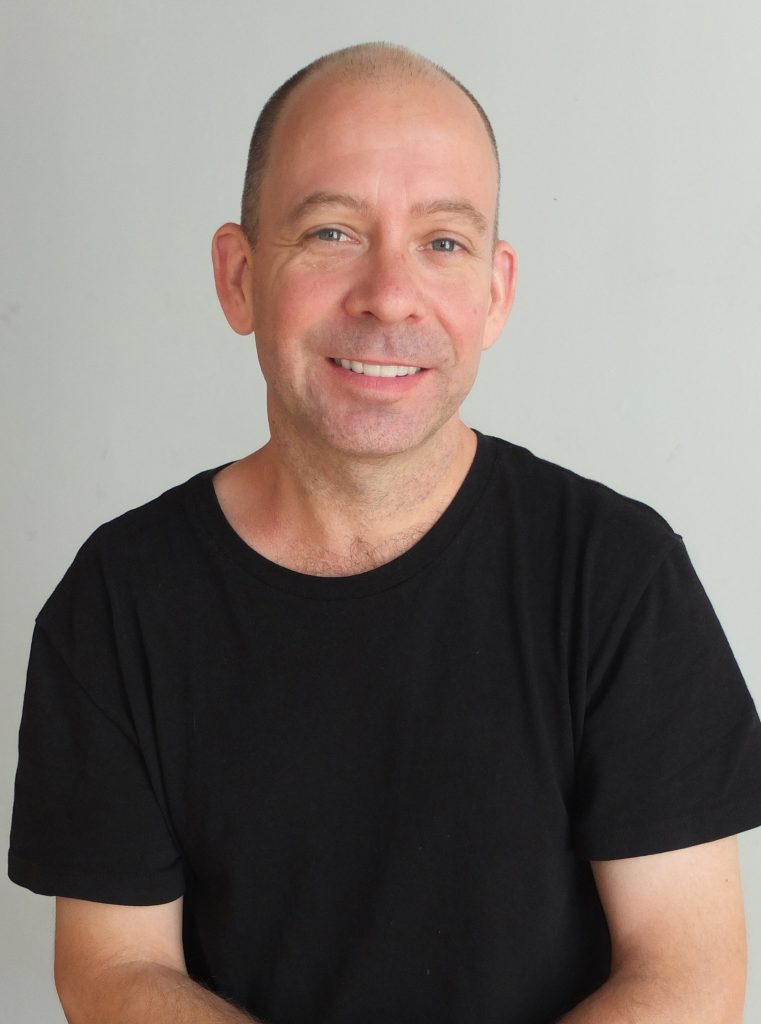 Kidō Ian Case has been a student at Brooklyn Zen Center since its inception in 2005. During this time he has taken on various administrative and practice roles at the center, including serving for several years as Ino (head of the meditation hall). He was in residence for 15 months at Tassajara Zen Mountain Center in 2015-2016 and was ordained as a priest by Teah Strozer in October 2016. He served as shuso (head student) at BZC for the fall 2019 practice period. Ian holds an MA in Linguistics from the City University of New York and a Masters of Divinity from Union Theological Seminary. He served as BZC’s director from 2019 to 2022 and currently serves as Tanto (Head of Practice). 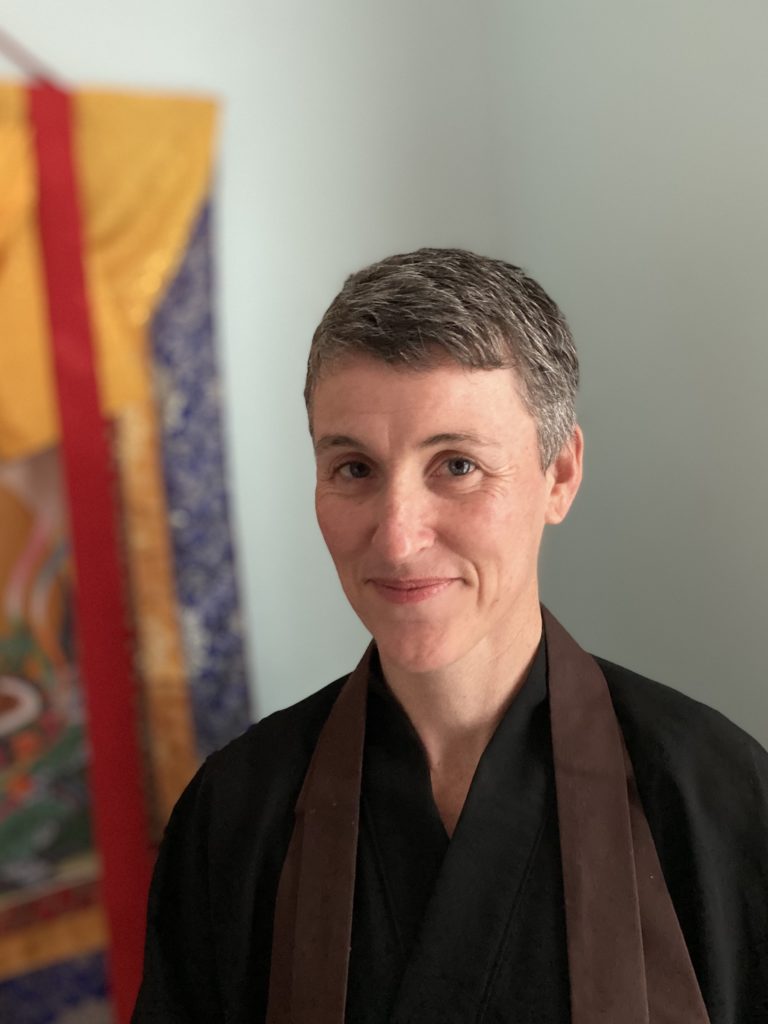 Sarah Dōjin Emerson’s formal practice in Soto Zen began in 1996. She lived and trained at Tassajara Zen Mountain center and other sites of the San Francisco Zen Center from 1997-2007. She received Dharma Transmission from Abbott Konjin Gaelyn Godwin of the Houston Zen Center in 2015. She has a Masters Degree in Counseling Psychology from California Institute of Integral Studies, and has worked in the fields of mental health and pastoral care with children and adults. She experiences Bodhisattva Zen practice as deeply supportive to inquiring into, challenging and transforming systems of oppression, particularly racial inequities and the harm they cause within convert Buddhist sanghas, and in U.S. society generally. Sarah has also worked for many years in grief support- clinically, ritually and in community- specializing in child loss. She lives with her partner, Charlie Pokorny (who is also a Soto Zen Buddhist priest), their children (who are her most profound and constant teachers) and numerous pets in Brooklyn, NY. 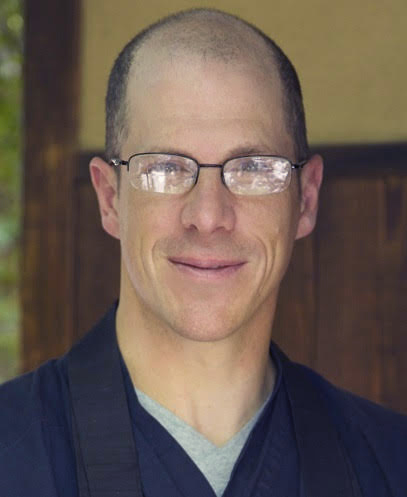 Charlie Korin Pokorny was ordained as a priest by Reb Anderson in 1999 and received dharma transmission in 2018. He practiced as a resident at Tassajara and Green Gulch Farm and studied koans with Daniel Terragno. Charlie and Sarah served as head priests at Stone Creek Zen Center 2014 – 2022. He also teaches at the Institute of Buddhist Studies in Berkeley (including courses on Buddhist philosophy, history, meditation and ritual practice). Charlie, Sarah and their children moved to Brooklyn in 2022.