On October 13, at the end of a three-day sesshin at Brooklyn Zen Center, several members of our sangha formally received and acknowledged the sixteen bodhisattva precepts in a ceremony called Jukai.

The ceremony was the culmination of an engaged period of study and practice with the bodhisattva precepts, during which the ordinands sewed their rakusus, the small Buddha robe worn by lay practitioners and priests.

During the ceremony, teachers and sangha members, as well as family and friends, gathered to support them and witness their vows. 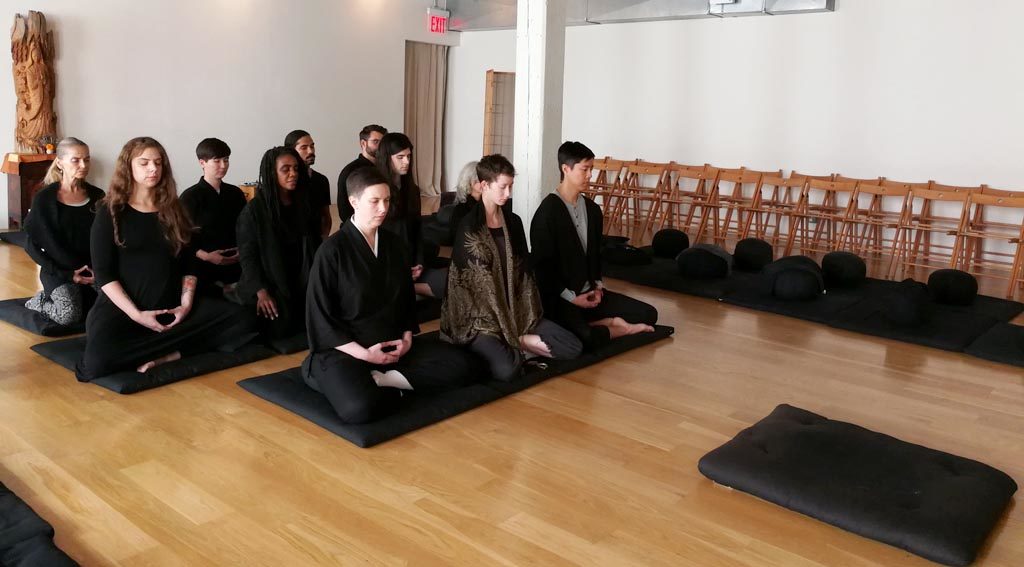 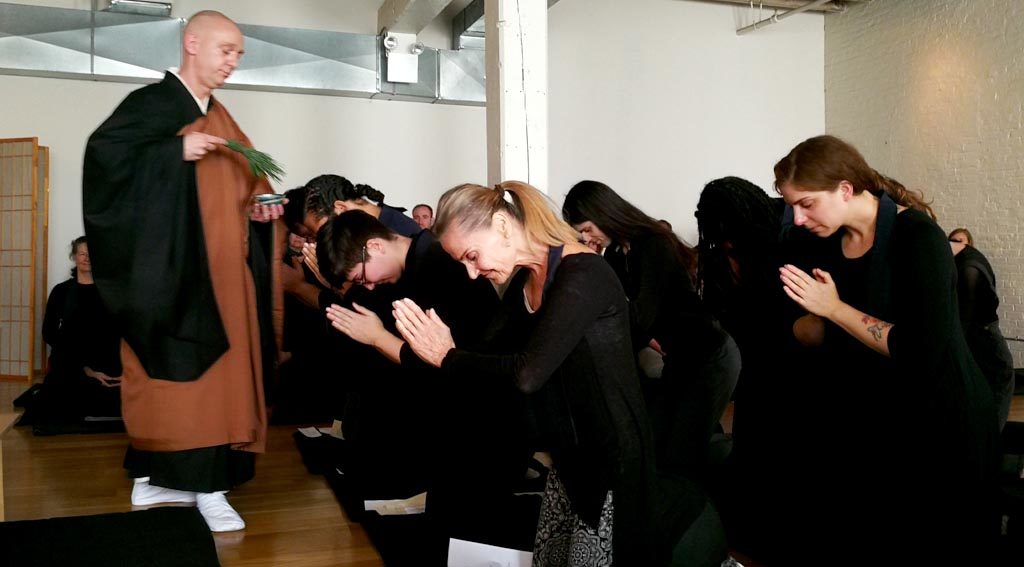 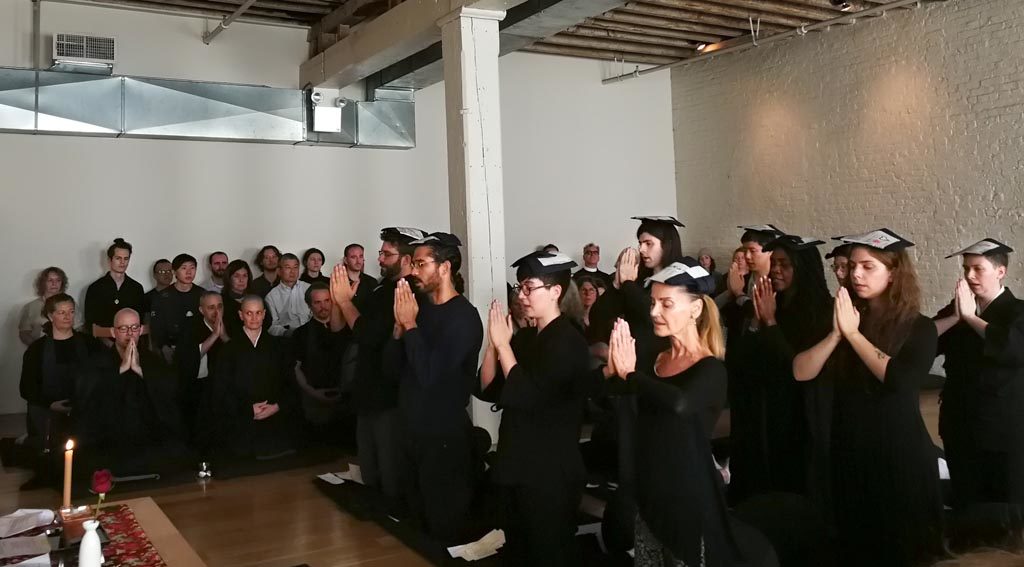 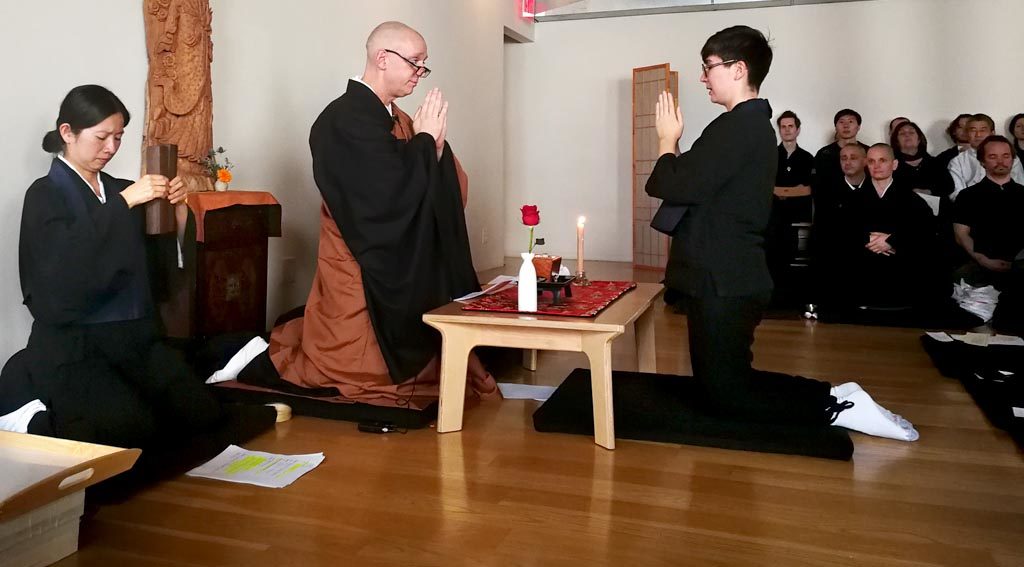 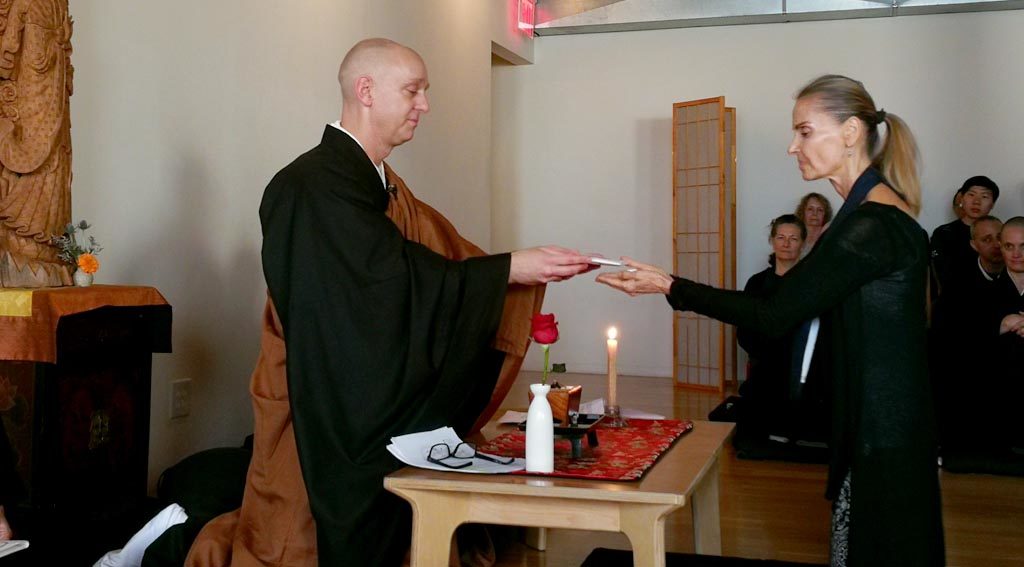 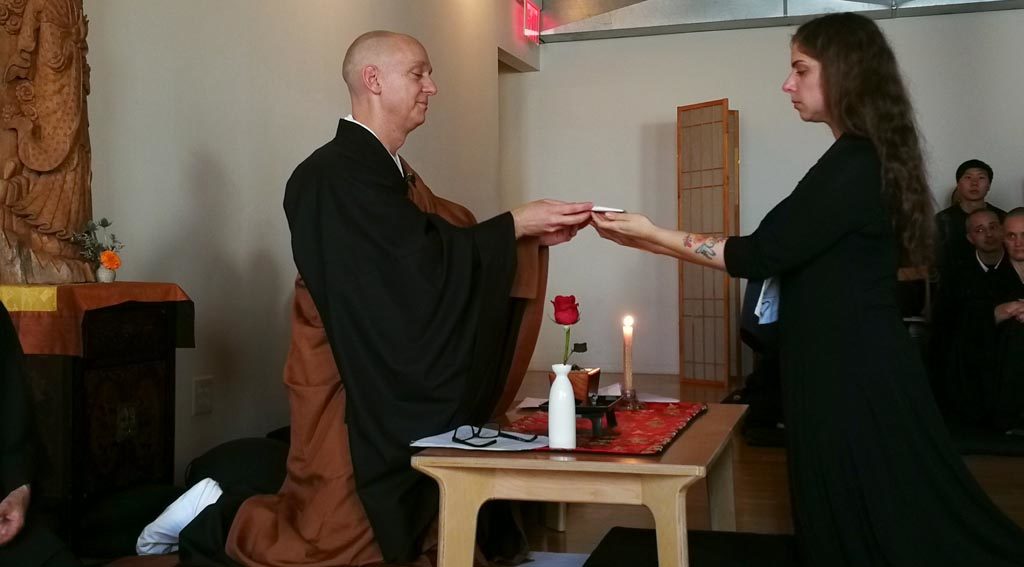 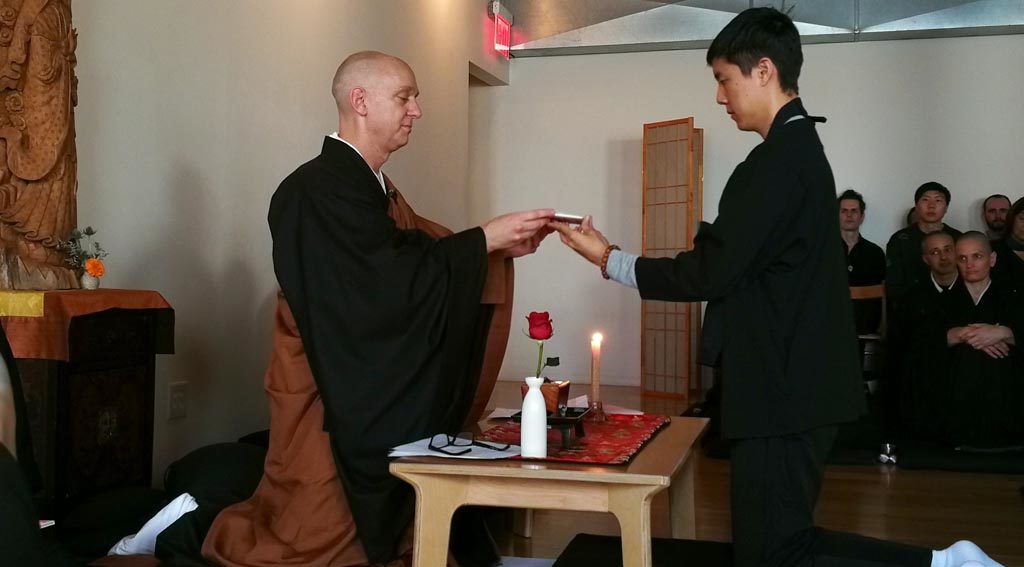 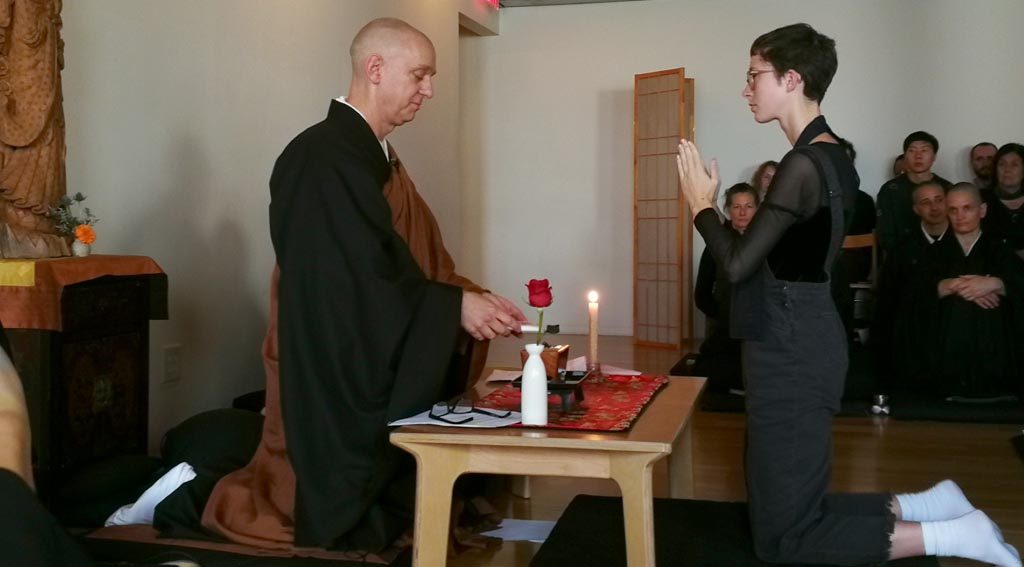 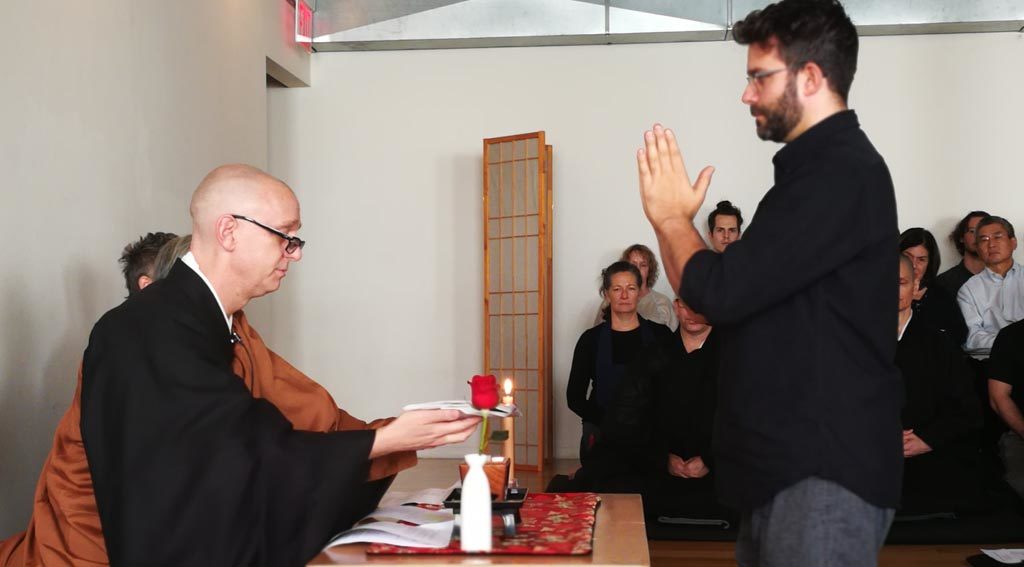 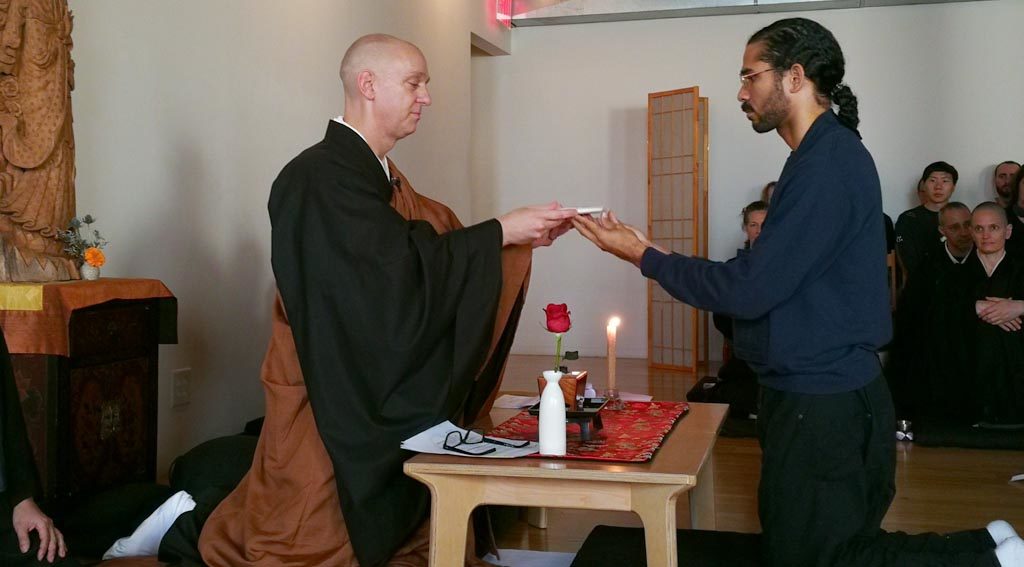 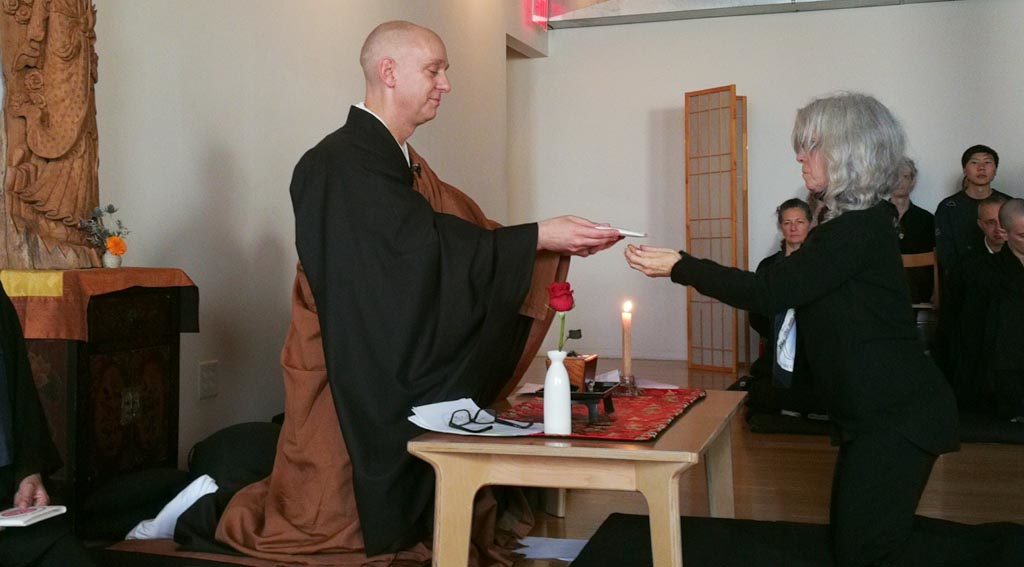