Day after day I watch Sansei, wearing their overalls and a straw hat and a huge smile, carrying buckets and shovels down to the garden. I join them when I can, a visitor from the land of computers. I come carrying words, concepts, and metaphors. I believe I know about digging up karmic roots. I’ve heard about planting wholesome and unwholesome seeds. I believe it when they say no mud, no lotus. But until now, I had never pulled a root from dirt, never planted an actual seed, never seen a lotus grow.

My first time in the garden, Sansei handed me gloves and a shovel, and led me to a plot of land covered in grass and weeds. They explained that the process of turning a grassy meadow into a garden requires digging up the ground. This turns the weeds into the soil and lets us pull out roots and rocks. Then we aerate the soil by using a broadfork (an enormous fork that you jump on) to loosen it. At the end, we have a nice fluffy bed of soil, ready to plant seeds in.

They demonstrated how to stomp on the shovel’s edge to make it slide into the earth, how to cut out and flip over a square piece of earth, how to use the shovel to break it up. And then left me to it. 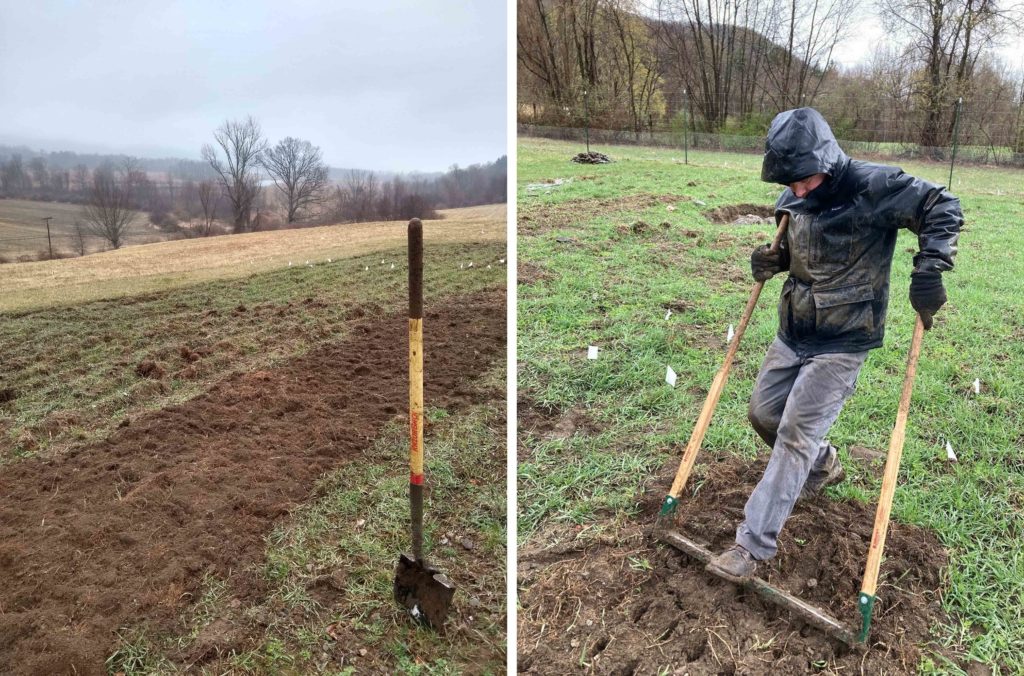 A freshly dug bed in spring, and Ian indefatigably wielding the broadfork

I began to dig, determined to cultivate the most rockless and weedless plot of soil known to humankind. I would diligently remove every root! I felt so strong wielding the shovel, lifting and turning and chopping up dirt. Whenever I hit upon a large, stubborn root, I’d drop the shovel and pull on it as hard as I could. But often the piece I held would break off, leaving most of the fine, lacy roots underground. 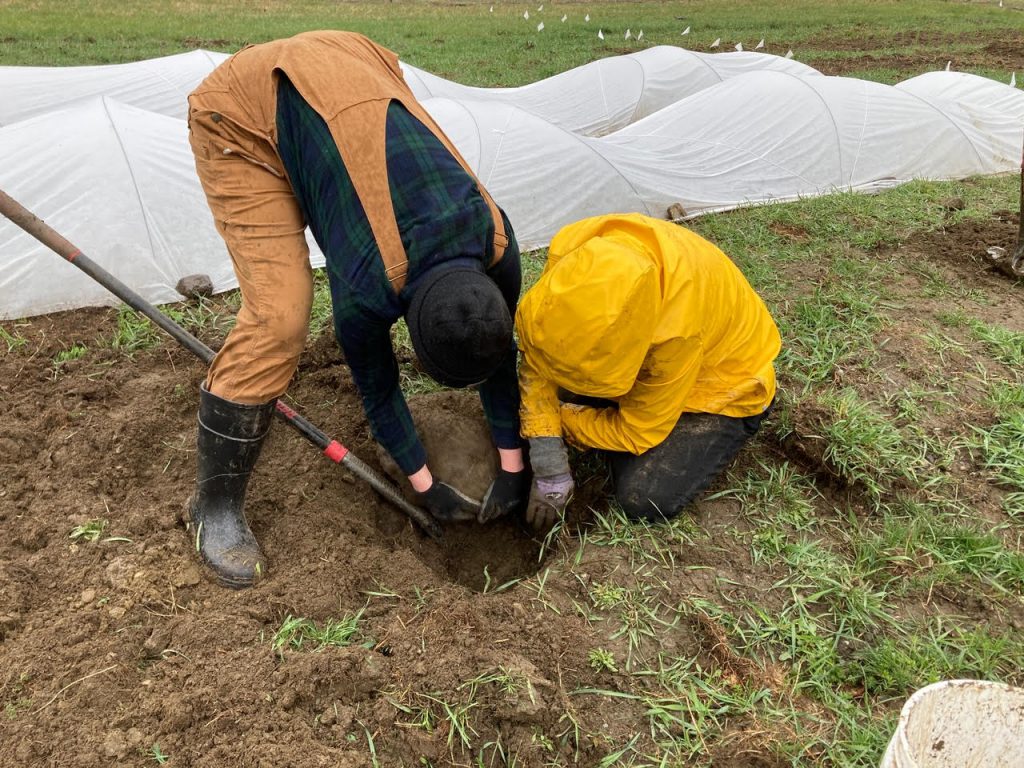 Sansei and I heroically extracting a huge rock

Uprooting is really hard, so much harder than I understood from the word itself. Where the root appears is not where it began. Its beginnings could be all the way on the other side of the mountain, or, in the case of karma, countless generations ago. I’m impatient, and in pain. I want to cut out all this internalized violence, and be free once and for all. Yet in digging, I hear it plainly: these twisted, ancient roots are asking for patience and respect.

And there is joy in the digging. I love how our faces become smeared with sunscreen, dirt, and sweat. I love the sudden breeze, the white larva, the purple shimmering worm. I love how unending it is, how the work goes on and on, how I collapse on the ground and rest and then get up again. And I love how, at the end of the work period, Sansei and I will pull up our sleeves to show off our muscles. 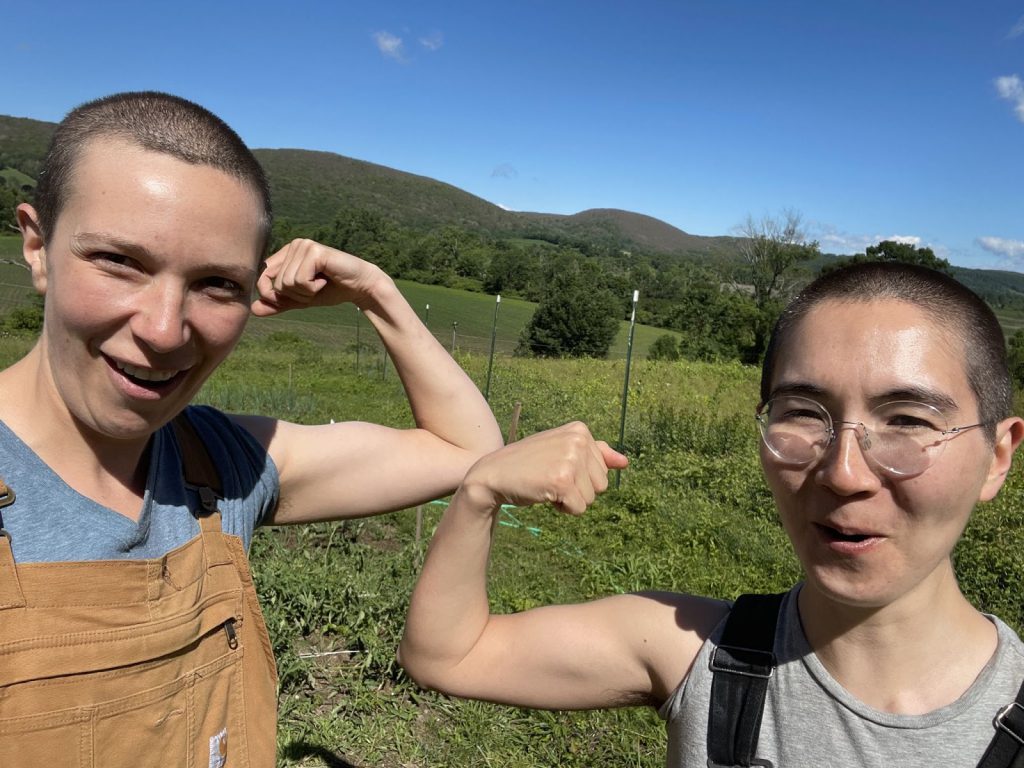 Now we are harvesting the fruits of all this digging and subsequent planting: this week, it’s butter lettuce, kale, and collards. And the tomatoes and beets are growing! The weeds are back in full force. But that’s okay. We can keep digging.