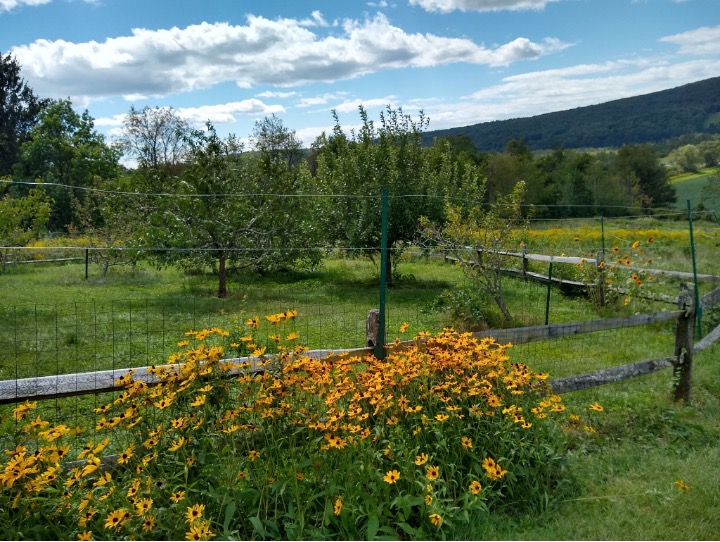 Welcome back to fall. The nights here are starting to be a bit chilly, and a few of the trees are starting to think about changing colors. I had to wear socks during study period for the first time last week, and today we went swimming in the quarry for probably the last time this year. It was quite brisk.

The garden reached that point around late August where everything was overgrown and out of control, and I gave up trying to keep on top of it all. We’ve still been harvesting a ton of tomatoes, peppers, and greens, but things are winding down in these last few weeks before the frost comes. Even though I’m not planting anything new, we’ll still be picking cold-hardy greens like kale, collards, chard, and spinach through at least November. 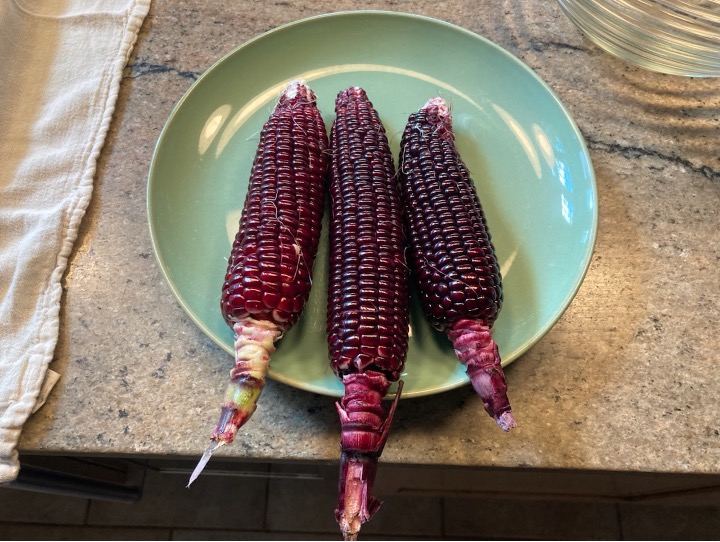 A variety I’d never grown before called Double Red Sweet Corn.
It was both beautiful and delicious — nutty and creamy, and the kernels were white inside!

The big excitement of the fall here is picking and processing all of the apples from the orchard. Last year we had so many apples to peel and cook down that it became a running joke about advertising for some “apple interns” who could be paid in the hot new currency of apples.

We do two, well, three main things with all these apples. The first is to eat the nice ones for breakfast, the second is to cook the less-nice ones down into applesauce or apple butter, which we also freeze and eat for breakfast, and the third (my favorite) is to wheedle the tenzo into allowing a special day-off baking of apple cake. The apple cake tradition began last fall, when we were overwhelmed with apples and I baked a different apple dessert every day off for about six weeks straight…until the practice period started and we had to renounce cake. 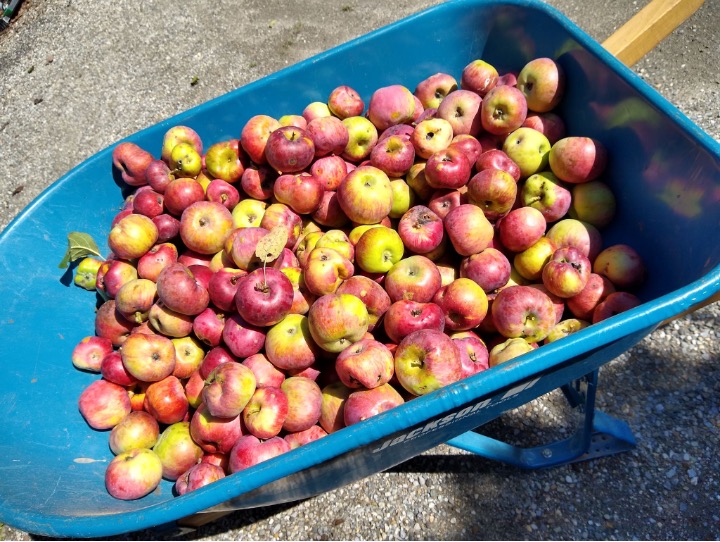 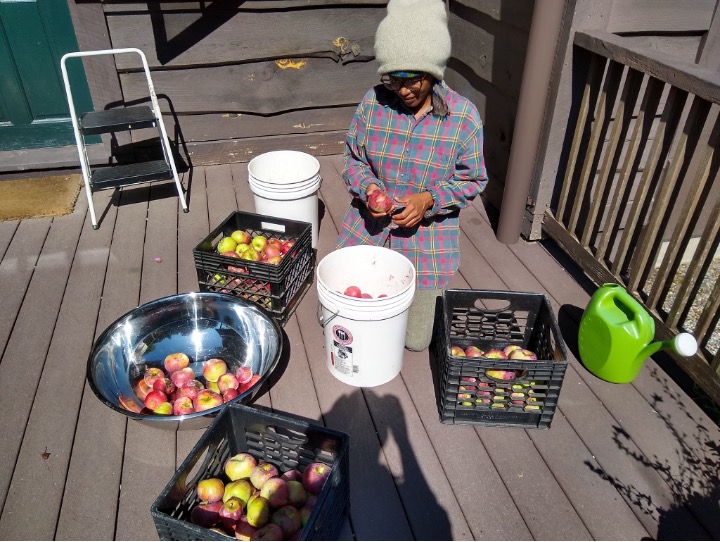 Rahel is not an apple intern

Baby, it is September again and we are back in apple cake season, and I am here to spread the love of apple cake. This recipe was one of our favorites from the great apple cake trials of 2020, and it has become something of a house recipe. Or, at least something of a Sansei recipe. It reminds me a lot of my grandma, who was from a Pennsylvania Dutch farming family and was always making very German things with lots of cinnamon and buttermilk. I don’t know why it’s called Apple Grunt, but I like to think it’s because it’s so good that you lose the capacity for higher speech when eating it.

Apple Grunt
*recipe adapted from the Mennonite Community Cookbook, by Mary Emma Showalter, which is a bountiful source of classic apple dessert recipes

Cream the sugar and butter together in a large bowl. Beat in the eggs and vanilla. Separately mix the dry ingredients together, and add to egg mixture in alternation with the buttermilk. Stir just to combine, then mix in the apples. In a small bowl, beat the topping ingredients together until well combined, and scatter small dollops all over the top of the cake. Bake in a greased 9×13” pan at 375 degrees for 35 to 40 minutes, until golden on top and baked all the way through. It’s a very snackable cake, not too sweet, and delicious for breakfast or warm with vanilla ice cream.

Letters from the Garden: August, August 6

Letters from the Garden: Living by Vow, July 26

Letters from the Garden: Digging, June 25