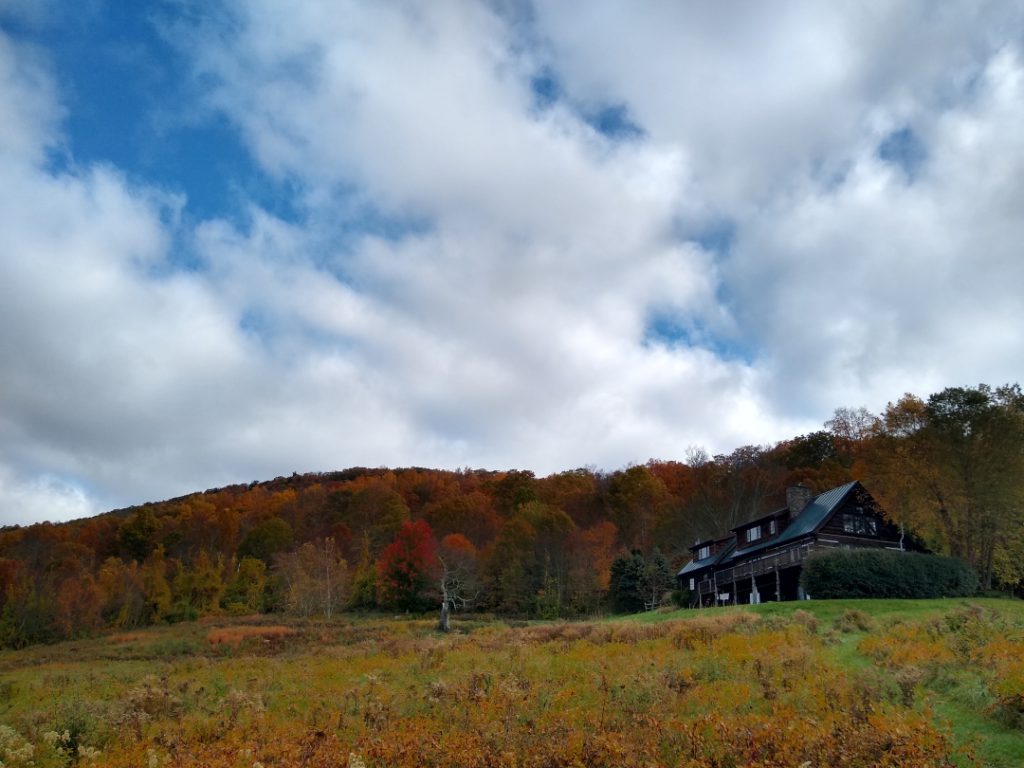 This will probably be my last letter of the year. The garden is winding down for the season, and we have spent the last couple of weeks clearing out the beds so that they are ready to plant again in the spring. Most of what remains for harvesting is kale and collards, as well as the leeks and some herbs. We got our first frost on Tuesday night, and that marked the end of the last flowers that were still blooming.

This is the time of year to make compost. A good compost pile needs to be layered with the right balance of high-nitrogen “greens,” including vegetable scraps and fresh clippings, and high-carbon “browns,” such as straw or dry leaves. Aside from being plentiful in autumn, leaves are incredibly rich in nutrients and are a valuable addition to the soil in any form. My main task for October is thus to hoard enough leaves to last for the coming year so that we have a stockpile to layer between additions of kitchen scraps. They do tend to mat, though, so it helps to shred them with a lawnmower or other method before composting. Probably everyone here is sick of hearing me talk about nothing but my leaf gathering operations at every staff meeting for months, but I have not yet reached the point where I understand the meaning of “too many leaves.”

It’s a poignant feeling to be pulling out all of the dying tomato plants and chopping the vines into pieces to put back into the compost. I started these plants from seeds in my bedroom last March. I watched them grow from fragile little lovingly-tended babies into a jungle of monsters by July, and then we feasted on pounds and pounds of red tomatoes in August and September. The slugs and the hornworms received their offerings of tomatoes as well. And now it’s my job again to thank these plants for the gift of their lives, and to help their stems and leaves return back to the soil that gave them the nutrients to grow. My body, as well, is now made of these tomatoes. After all of this, being part of their death feels very intimate. I feel a little sad, but more than that I feel deep respect for being part of the turning of the seasons and the birth and passing of everything in its time.

And now the winter is a time for rest and the silence of deep snowfall, so that we all can do it again next spring.

Letters from the Garden: August, August 6

Letters from the Garden: Living by Vow, July 26

Letters from the Garden: Digging, June 25

Letters from the Garden: Permission to Be, May 8

Letters from the Garden: The First Birdsong, March 6